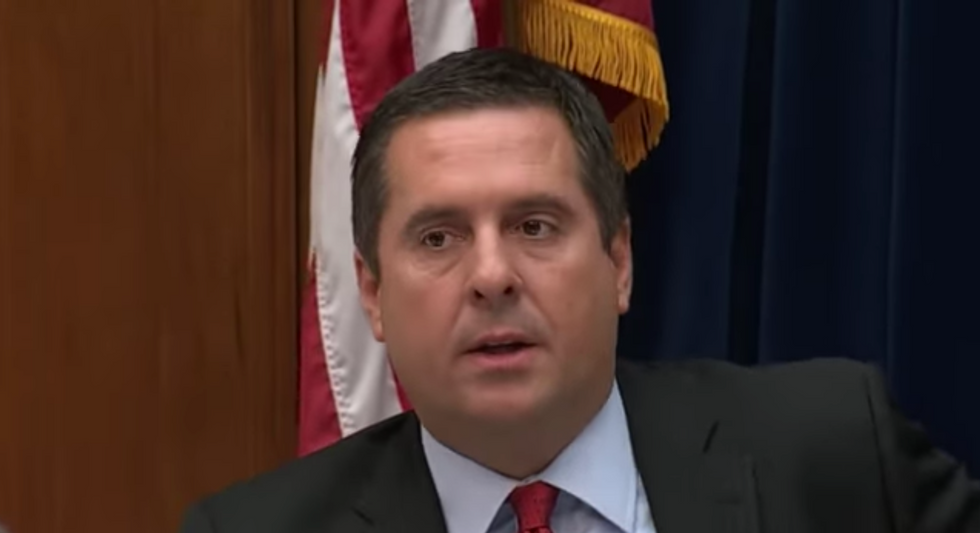 House Republicans' request for witnesses in the impeachment inquiry reads more like a "cry for help" than an actual contribution to the investigation into President Donald Trump's conduct, argued MSNBC's Steve Benen.

Not one of these people will have information that could exonerate Trump from the mountain of evidence indicating he oversaw a vast bribery scheme aimed at pressuring the Ukrainian government into smearing and opening up investigations into his political rivals. At best, they could serve to distract from that central narrative, which documents and comments from the White House and Trump himself confirm. Creating a distraction is, of course, exactly what Republicans intend to do since they have no substantive defense of the president's actions.

"This is not a list compiled by officials who are serious about the inquiry," noted Benen.

The whistleblower and their sources are hardly relevant, because, as many have documented, the complaint in question had been largely corroborated. Therefore, the complaint itself is not necessary to make the case against Trump, and attacking its credibility or claiming the people who contributed to it are deep state actors trying to undermine the president, would do little to help his case.

Of course, Republicans don't expect House Intelligence Committee Chair Adam Schiff (D-CA) to comply with these requests. Without Schiff's assent, the full committee can vote on whether to summon a witness, but the Democratically controlled committee is likely to stand by the chair. The point isn't to have these people testify — though Republicans would certainly to the hearings into a chaotic and accusatory mess if they did — but to claim the process is rigged against them when GOP requests are denied.

But as the Washington Post's Jennifer Rubin pointed out, the list itself is essentially an admission that the testimony thus far has been accurate. They've essentially stipulated "to every fact about which the witnesses testified under oath" by making no effort to refute the claims, she said.

Republicans did include requests for witnesses who are relevant to the matter at hand:

These witnesses would at least likely have testimony relevant to the case at hand. But Morrison and Volker, though sympathetic to the president, have largely corroborated the case against him. Republicans like Morrison because he said he didn't think Trump's call to Ukrainian President Volodymyr Zelensky was illegal — which is hardly a dispositive claim. It's not clear how Hale would help the Republicans' case, either. According to the AP, he planned to tell Congress that "political considerations were behind the agency’s refusal to deliver a robust defense of the former U.S. ambassador to Ukraine" and that "the State Department worried about the reaction from Trump’s personal attorney Rudy Giuliani, who was one of the strongest advocates for removing the ambassador."

And Politico's Kyle Cheney astutely observed that two names that Republicans had previously named as witnesses they'd like to see testify weren't on the list given to Schiff:

This suggests that they've concluded that the testimony of these individuals would also likely not help their case.

Ambassador to the European Union Gordon Sondland, too, doesn't appear on the list, and it's not clear he'll testify for the Democrats, either. This is a particularly glaring omission because Republicans initially used Sondland's own words to claim that there had been no quid pro quo between Trump and Ukraine. But Sondland since undermined this defense when he revised his testimony and said that, in fact, he personally gave the Ukrainians an ultimatum: they would only get their military aid from the U.S. if they announced the investigations Trump wanted. He may have even perjured himself already. This would make him a pretty unreliable witness for Trump defenders.