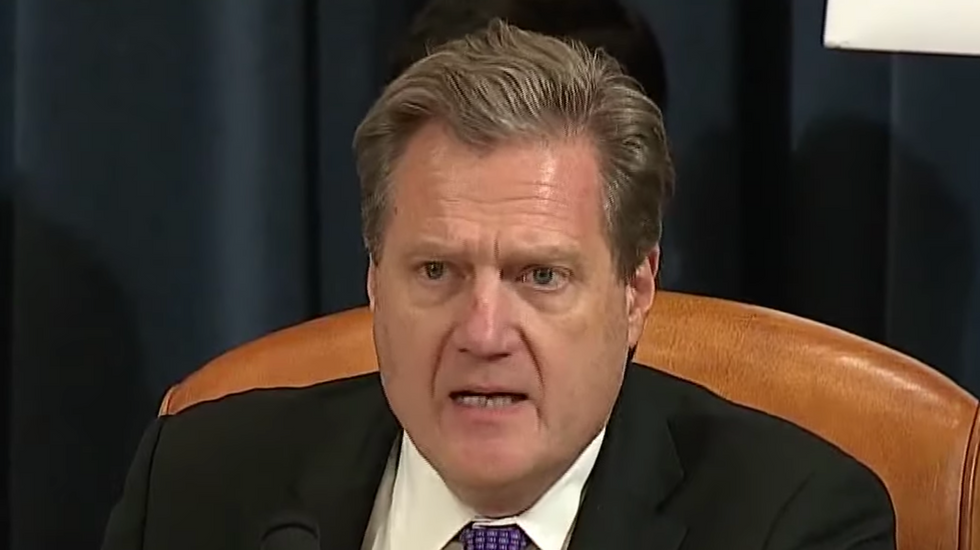 Although a Republican lawmaker described President Donald Trump's actions toward Ukraine as "alarming" and "not OK," he nonetheless defended the president against the impeachment inquiry moving forward in the House of Representatives.

In an interview with CNN, Rep. Mike Turner, an Ohio Republican, criticized the president's actions toward Ukraine after host Jake Tapper detailed the allegations that have been made against the president by multiple credible witnesses.

"Well, of course, all of that is alarming. As I've said from the beginning, I think this is not OK. The president of the United States shouldn't even in the original phone call be on the phone with the president of another country and raise his political opponent," Rep. Mike Turner, an Ohio Republican, told CNN. "So, no, this is not OK."

House impeachment investigators are probing allegations that Trump leveraged a potential White House meeting and millions in military aid approved by Congress in an effort to pressure the president of Ukraine to commit publicly to investigations that would benefit him politically.

Trump is accused of pressuring Ukrainian President Volodymyr Zelensky to launch an investigation into former Vice President Joe Biden, one of the leading contenders in the Democratic presidential primary, and his son, Hunter. He is also accused of asking Zelensky to investigate a debunked conspiracy theory about Ukrainian interference in the 2016 presidential election. (There is no evidence of wrongdoing by either Biden in Ukraine.)

In his CNN interview on Sunday, Turner also addressed tweets Trump posted last week as former U.S. ambassador to Ukraine Marie Yovanovitch was testifying publicly before Congress, as part of the impeachment inquiry.

"Everywhere Marie Yovanovitch went turned bad," Trump wrote on Twitter, taking aim at the career diplomat to his 66 million followers. "She started off in Somalia, how did that go?"

Shortly after Trump tweeted his thoughts on Yovanovitch, House Intelligence Committee Chairman Adam Schiff, D-Calif., read them aloud — before both the ambassador and the cameras. He then asked Yovanovitch, who until then was not aware of the president's tweets, to respond to them.

"Now the president, in real time, is attacking you," Schiff told her. "What effect do you think that has on other witnesses willingness to come forward and expose wrongdoing?"

Schiff criticized the president's tweets, described them as as "witness intimidation in real time." Trump, meanwhile, has defended his comments, saying, "I have the right to speak. I have freedom of speech just like other people do."

Turner argued the president's remarks were "not impeachable" or "criminal" in his interview Sunday.

Turned added, "I think, along with most people, I find the president's tweets, generally, unfortunate."