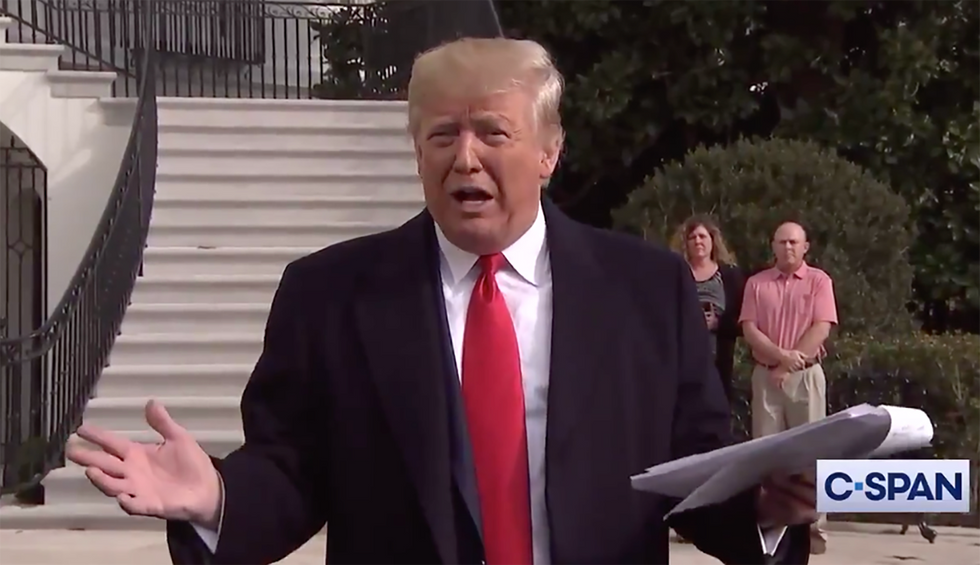 President Donald Trump appeared briefly on the White House law and in a rare instance was carrying a pad with notes on it. Several reporters were able to see the large, hand-written notes scratched into the pad with a large black marker.

The president, in an attempt to discredit the damning testimony from Gordon Sondland, also refuted his EU Ambassador, telling reporters “I’m always in a good mood.”

NBC and CNBC News’s Carl Quintanilla managed to get a photograph of the president’s notes:

CNN’s Jim Acosta reports Trump actually characterized Sondland’s damning and damaging testimony as having cleared him. That is false.

Trump did not take questions as he left WH for Texas visit. Read from notes. Declared that Sondland has cleared him… https://t.co/yUUbmPWWyv
— Jim Acosta (@Jim Acosta)1574268593.0