Our Constitution is amazing — but it won't save us from Trump 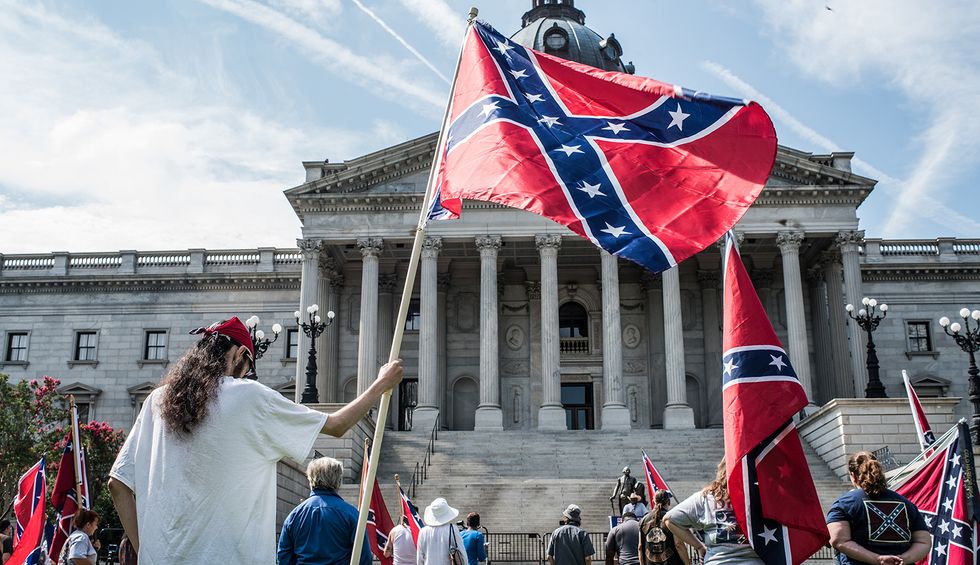 The United States Constitution does not guarantee democracy.

This may be surprising. After all, we learned in school that the Constitution is the foundational source of our democracy and our freedom. As citizens living in America, we all feel a sense of security that we are free from abuse of power by the government because we know we are protected by our cherished Constitution.

Indeed, all of that is true. But the Constitution alone, by itself, is not sufficient.

This point was elucidated by Alexis de Tocqueville in his classic 1835 book, “Democracy in America.” Tocqueville, a French aristocrat, toured America for seven months for the purpose of carefully observing this newfound democracy to determine whether it might serve as an appropriate model for his nation of France. Tocqueville’s observations about America proved to be astoundingly insightful, and his book remains essential reading to this day.

Having the same constitution should magically create the same democracy in Mexico just like in the United States.

Alas, it was not to be. This did not work. Tocqueville lamented that democracy failed to take hold and that, instead, Mexico found itself “alternately the victim of anarchy and the slave of military despotism.”The example of Mexico illustrates very clearly that the mere existence of a constitution, even the United States Constitution, is not enough to produce democracy.

Founding Father James Madison, known as “the father of the Constitution,” expressed a similar sentiment at the time the Constitution was created. In Federalist No. 48, Madison stated that the Constitution does indeed set forth “with precision” protections against one branch of government seizing power from another branch. But then Madison famously worried that these protections may be mere “parchment barriers against the encroaching spirit of power.”

Madison meant by this that the Constitution provides no more than a “parchment barrier,” or a mere piece of paper with words written upon it, that is no match for actual conduct. After all, a piece of paper does not afford much protection against a charging soldier.

So if the written letter of the law is not sufficient, what is it then? What is the key ingredient? What is required to produce democracy?

Tocqueville unlocked the mystery. He stated that although Mexico had "borrowed the letter of the law, they could not carry over the spirit that gives it life.”

Ahhh. Herein lies the magic key to it all — the “spirit” that gives life to the Constitution.

It is a choice. It is voluntary. It is discretionary.

America is a democracy not because it possesses a Constitution, but because the American people choose to abide by that Constitution, of their own free will.

Simple. We know what happens. Tocqueville provided the example of Mexico in the early 1800s. The consequence is the loss of democracy and the beginning of “anarchy” and “military despotism.”

This is the reason that the actions of President Trump and his Republican enablers are so serious and so disturbing to so many American citizens.

Trump is failing to abide by the Constitution. He is refusing to share power with the democratically elected Congress. Trump is impeding Congress from conducting its crucial role of congressional oversight of the executive branch by refusing to provide documents and witnesses to Congress. Trump has even stated that provisions in the Constitution that restrict his power are “phony.”

Trump is clearly abusing his presidential power and blatantly violating the Constitution. This is exactly the type of illegitimate usurpation of power by the president that the Founding Fathers anticipated when they created the Constitution.

As Madison stated in Federalist No. 48, “It will not be denied, that power is of an encroaching nature, and that it ought to be effectually restrained from passing the limits assigned to it.” And in particular, when power is placed into the hands of the president, “the executive department is very justly regarded as the source of danger, and watched with all the jealousy which a zeal for liberty ought to inspire.”

Today, our democracy is being tested. We cannot sit by idly. Our Constitution alone will not protect us.

If we wish to continue living in a democracy, we as citizens must affirmatively choose to uphold our democracy. We must insist upon democracy. There is only one way. When politicians do not obey the Constitution, we citizens must swiftly remove them from office, either by election or by impeachment.

Democracy in America is not guaranteed. It is a choice.

The time has come.

Every citizen must choose.

Cody Cain is the author of the new book, "Mend or Spend: How to Force Rich People to Solve Economic Inequality," available here. Follow Cody on Twitter @codycainland.