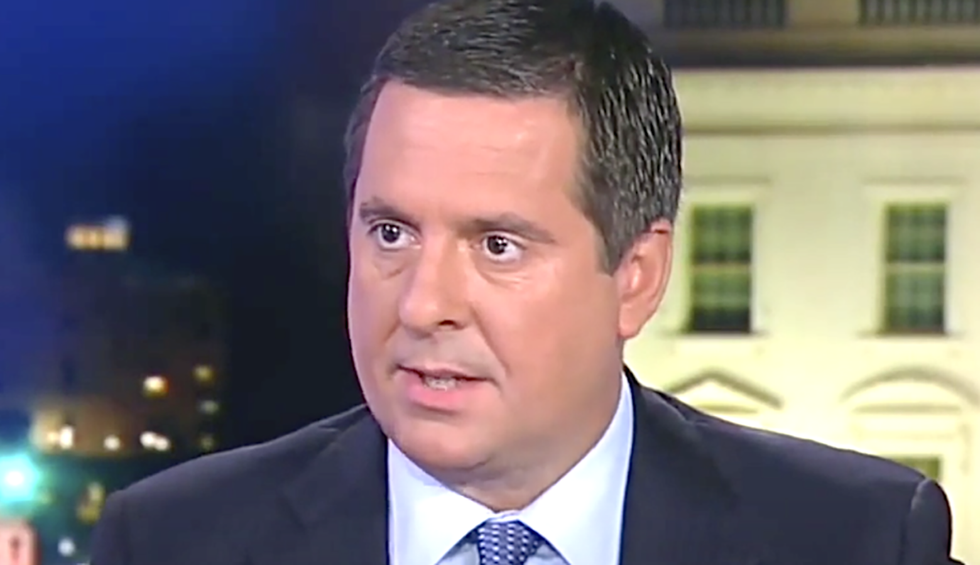 In an interview with the Daily Beast, a Ukraine diplomat who has been pushing conspiracy theories about the 2016 election involving Democrats admitted that he has spoken with Rep. Devin Nunes (R-CA) along with Rudy Giuliani.

According to the report, Andrii Telizhenko — who is at center of allegations that Kyiv meddled in the 2016 elections — said he met Nunes to talk about Ukrainian and Russian politics.

“Congressman Nunes had a really interesting and good impact on me as a very positive and influential politician who loves America and is interested in Ukraine and developments on fighting Russia,” Telizhenko told The Daily Beast. “We talked about how to fight Russian aggression in Ukraine and Russian propaganda.”

Noting that Telizhenko worked at Kyiv’s embassy in Washington from December 2015 through June 2016, the Beast reports that he “he has played a key role in the promotion of the contentious narrative, popular on the political right, that the Ukrainian government worked with Democrats during the 2016 campaign to damage Trump.”

According to the diplomat, he met with Nunes at a party in May of this year.

“We had an interesting conversation,” he said when speaking to the Beast. “He’s well aware on Ukraine politics and from what I understood, he’s a true patriot in the United States. And that’s how I saw it. It was interesting for me to meet him.”

The Beast goes on to point in that, since meeting the diplomat, Nunes has become a booster of the debunked story in his efforts to protect President Donald Trump.