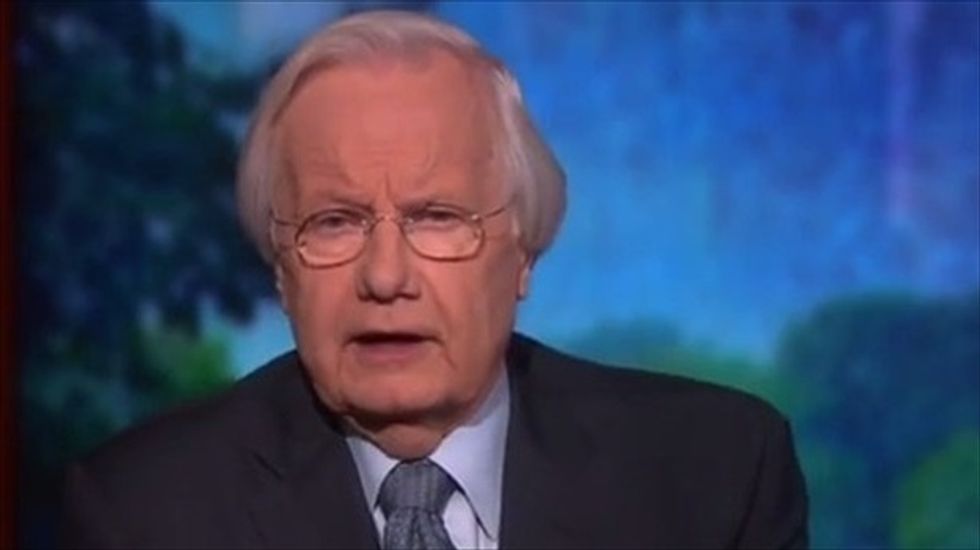 The House of Representatives has announced that public hearings in the impeachment inquiry will begin on Wednesday, November 13. We believe that for the sake of the nation, public television should not only broadcast them live as they happen but repeat them in primetime so that Americans who work during the day have a chance to watch and judge for themselves Donald Trump’s guilt or innocence.

We believe this so strongly we took out an ad in Friday’s edition of The New York Times.

We did it because in our current, crazed media atmosphere, with so much distracting chaff and too little forthright analysis of what has overtaken our country, sometimes you have to do something really different to make a point.

Here’s a link to the ad. Please read it, and if you agree with us, contact your local public station or PBS directly.

There’s an important and historic precedent for PBS to do this. We know because we were there. Each of us had just started in public broadcasting when Watergate was at the top of the news. It’s when we first met, the beginning of a now more than four-decade collaboration.

As we write in the advertisement, “What may have been public television’s shining hour—some 247 hours, in fact—came in 1973 when PBS carried gavel-to-gavel coverage of hearings convened by the Senate Select Committee on Presidential Campaign Activities. Also known as the Watergate committee.”

Millions of public TV viewers tuned in as the story of the Watergate break-in, the cover-up, payoffs, and dirty tricks unfolded before their eyes. They heard testimony from presidential advisors, the attorney general, former spies and bagmen. They sat and watched, transfixed, suspicious or supportive of John Mitchell and H.R. Haldeman’s denials, appalled when John Dean said he had warned Richard Nixon of “a cancer on the presidency,” shocked by Alexander Butterfield’s revelation that Nixon covertly had been taping all his White House conversations.

As we note in the ad:

Other networks carried the hearings, too, but what set public broadcasting apart was the decision to air them twice a day: live, in real time as they happened, and then via videotape in prime time every evening, when people who had spent all day working could come home, watch the drama play out without intrusive commentary, and feel a part of the process of judgement. One viewer wrote: “I arrive red-eyed and sleepy to work and I don’t care.”

The hearings catapulted a fledgling PBS into the national consciousness.

It almost didn’t happen. The now defunct-National Public Affairs Center for Television (NPACT), which produced the coverage for PBS, already was under fire from the Nixon administration, part of the president’s efforts to quell “Eastern liberal” dissent he thought was biased against him and even eliminate public television altogether. (Nixon special assistant Patrick Buchanan had said, “We’ve got to zero it out, and that’s that.”)

Member stations were asked to vote and just 52% of the 237 affiliates gave the go ahead. Later the stations agreed to air the hearings in the evening (a live feed also was offered via a regional network). Jim Karayn, the president of NPACT who relentlessly lobbied PBS for the coverage, announced, “This is precisely the kind of event which public television should put before the American viewer. By providing complete coverage of these hearings, millions will be able to see that the hearings have a significance far beyond alleged wrongdoings by a political party.”

The public television coverage of the hearings was indeed a hit, increasing the still-fledgling PBS’ ratings by multiples and leading to an explosion of audience support and cash donations nationwide. The anchor team of Robert MacNeil and Jim Lehrer resulted in the creation of the mainstay MacNeil/Lehrer Report, now the PBS NewsHour. And the following year, public TV repeated the experiment with primetime coverage of the House Judiciary Committee’s debate and vote on articles of impeachment against Nixon.

When PBS takes a stand, it can make a difference. Its contributions to arts, science, and history programming are well known and justifiably celebrated—witness Ken Burns’ recent country music series, for example.  There are provocative prime time films from Independent Focus and POV as well as investigations by Frontline.

But since the Watergate era, PBS executives consistently have been harassed by right-wing vigilantes and under constant threat from partisan budget-cutters in Congress and the White House, prompting them always to be looking over their shoulder, fearful of arousing controversy. But on this issue of the prime time rebroadcast of impeachment hearings, as we saw recently when a wedge of House Republicans forced its way into closed hearings, perhaps even hardline conservatives will applaud giving the public plenty of opportunity to see and judge for themselves! (Note: We won’t hold our breath.)

During this present Constitutional crisis, the PBS Newshour and Frontline, as well as Washington Week in Review—which was around during those Watergate days—have done their best to keep up with day-to-day coverage of the bizarre developments of Trumpgate. Episodic coverage of the news, however, is not enough to get past the falsehoods and fraud that obstruct the truth in the news, especially when so many characters in the drama possess what Thomas Carlyle called “the talent of lying in a way that cannot be laid hold of.”

Once upon a time PBS offered prime time specials, debates, even teach-ins to help us sort out complex public issues or get to the heart of a clear and present danger to our fragile democracy.  The least its gatekeepers can do now is re-broadcast these upcoming impeachment hearings in primetime. Yes, it means disrupting the schedule for as long as it takes. And yes, we know they can be streamed online—but not every American has that luxury; many still rely for their information on the good, old-fashioned TV set.

In our New York Times ad we recall that when President Lyndon Johnson signed into law the Public Broadcasting Act of 1967, he noted that public media might well become “a replica of the old Greek marketplace, where public affairs took place in view of all the citizens.” Privately, he reckoned that would include the dirty linen.  So be it:  We can’t save the best of constitutional liberty without seeing—and stopping—the worst that can happen to it.

So we implore our old friends and colleagues at PBS to “… pull out the stops once again, and for the sake of the nation, throw away the schedule and air the Trump impeachment hearings in prime time.  Who wins? Democracy—and viewers like you.”

Again, if you agree, let them hear from you: contact PBS.org and your local public station.

Bill Moyers is a veteran journalist, broadcaster, and author. Former managing editor of Moyers & Company and BillMoyers.com, his previous shows on PBS included NOW with Bill Moyers and Bill Moyers Journal. Over the past three and a half decades he has become an icon of American journalism and is the author of many books, including Bill Moyers Journal: The Conversation Continues, Moyers on Democracy, and Bill Moyers: On Faith & Reason. He was one of the organizers of the Peace Corps, a special assistant for Lyndon B. Johnson, a publisher of Newsday, senior correspondent for CBS News and a producer of many groundbreaking series on public television. He is the winner of more than 30 Emmys, nine Peabodys, three George Polk awards. Follow him on Twitter: @BillMoyers