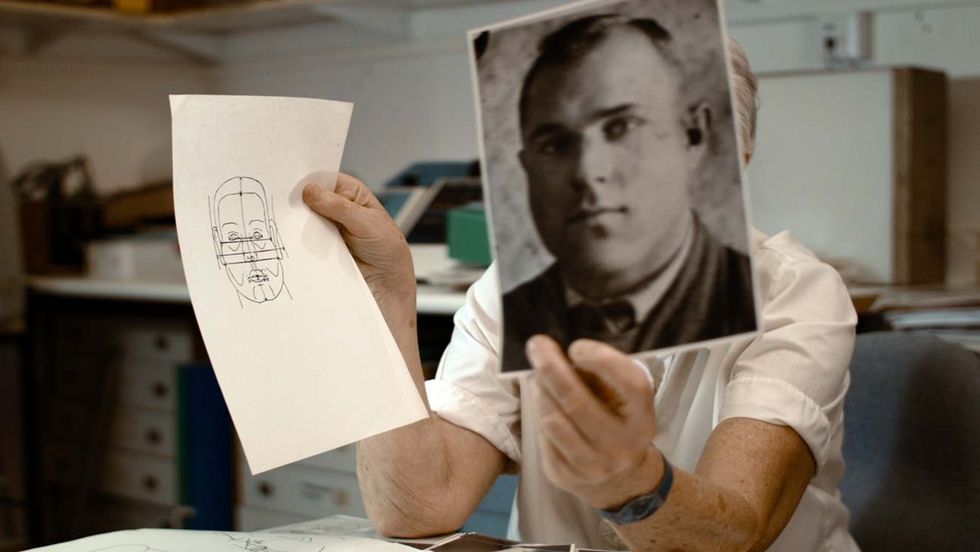 In the new Netflix docu-series “The Devil Next Door,” a lot of time is spent airing increasingly technical, exhaustive evidence: time-lapse photograph comparisons, long-archived witness statements, scraps of documents found in the Office of Special Investigations’ dumpster. Through this, the series tries — and sometimes succeeds — to raise big-picture questions tied to seemingly universal fears.

How can people who have committed unspeakable crimes, or hold abhorrent views, just blend in with normal people? Is our memory, especially when informed by horrendous trauma, ever completely accurate? How long can we keep our true identities concealed from public view?

Over the course of five episodes, “The Devil Next Door” explores the case of John Demjanjuk, a grandfather and retired Ford plant employee living in Cleveland. In the early '80s, the Ukrainian immigrant was accused of being the notorious WWII Nazi concentration camp guard known as Ivan the Terrible; he was then arrested and deported to Israel where he would face trial for war crimes.

Once he arrived and the judicial proceedings began, it was like a bandage had been ripped off a colossal, communal wound as Jews — both in Israel and those watching across the world — had to come to relive the horrors of the Holocaust through the accounts of survivors.

The trial became a legal and media circus spanning years that was always riddled with questions about the validity of the initial accusation, which was based on a Soviet identification card, but one that was driven by a sense of seeking justice for the few remaining survivors of the Treblinka death camp where Demjanjuk allegedly stood guard.

“The Devil Next Door” is produced by the same crew that put out “Wild Wild Country,” and it possesses many of the same elements. Where the previous docuseries had Ma Anand Sheela as a central, colorful guide — whose own actions seem grounded in an innate, though at times abhorrent, sense of defiance — this case has the flamboyant Israeli defense attorney (and eventual social pariah) Yoram Sheftel.

And like “Wild Wild Country,” this documentary series doesn’t produce any real new reporting or evidence. It’s about taking a story that is recent enough that it exists within the memories of many of its viewers and parsing through the sensationalization of its time. Not as successfully as documentarians like Erin Lee Carr, for example, with her films like “Thought Crimes: The Case of the Cannibal Cop” or more recently “I Love You, Now Die,” but with the stories of the Rajneeshees and the surrounding townspeople, there were enough real-life bizarre turns to sustain a full series, as bigger questions of democracy, racism, self-rule, and religion were probed as well.

“The Devil Next Door” definitely has narrative twists, but in its current state it seems that five episodes were simultaneously too many and too few; if this is to be a straight retelling of history, the series drags. If it was meant to really interrogate the questions it raises, it’s not thorough enough. That said, it’s a chilling, often intriguing survey of an event that many of us may remember, but in our current political landscape is worth revisiting. This documentary  — like history — should be deeply considered despite its imperfections.

"The Devil Next Door" is currently streaming on Netflix.