Nearly half of all Americans want Trump impeached: poll 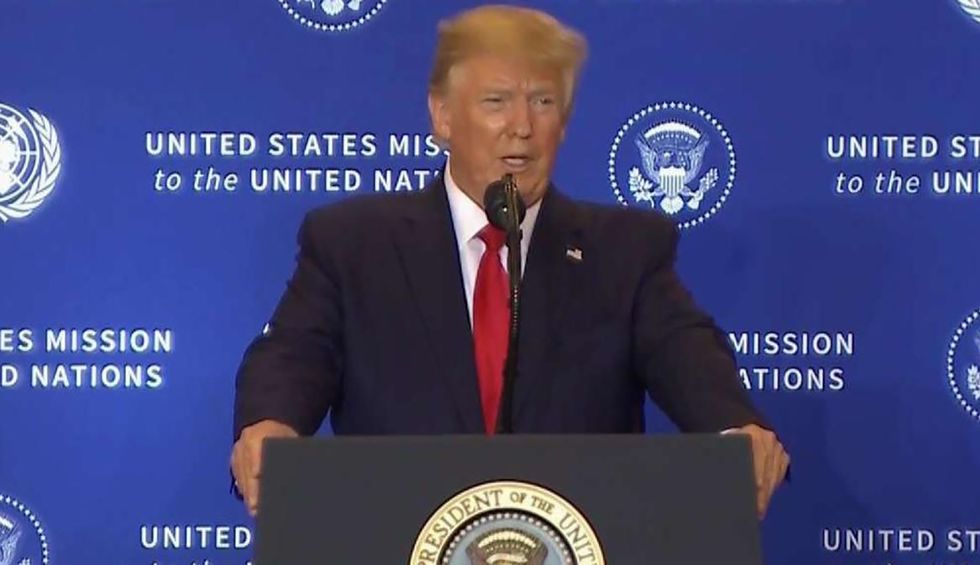 Nearly half of all Americans support impeaching President Donald Trump and removing him from office, according to the results of a new poll from NBC News and the Wall Street Journal.

While 91 percent of Republicans approve of Trump’s job as president, the same is true for only 38 percent of independents and only 6 percent of Democrats. Fifty percent of Americans say they lack any confidence in Trump having the right goals and policies to be president, while only 35 percent say they are “extremely” or “quite” confident.

There is also bad news for Trump in the poll when he is matched up against either former Vice President Joe Biden or Senator Elizabeth Warren of Massachusetts, both of whom are regarded as the frontrunners for the Democratic presidential nomination. Biden has a nine-point lead over Trump in polls where the two men compete directly against each other (50 percent to 41 percent), while Warren has an eight point lead (50 percent to 42 percent).

“You’re reading the wrong polls. I have the real polls,” Trump told reporters outside the White House when asked Sunday about the Fox News survey results. “I have the real polls. The CNN polls are fake. The Fox polls have always been lousy. I tell them they ought to get themselves a real pollster. But the real polls — if you look at the polls that came out this morning — people don’t want anything to do with impeachment. It’s a phony scam. It’s a hoax.”

A spokesperson from Fox News pointed Salon to an earlier statement by the network saying that “our polling unit has long been held in high regard for being a nonpartisan source of research."