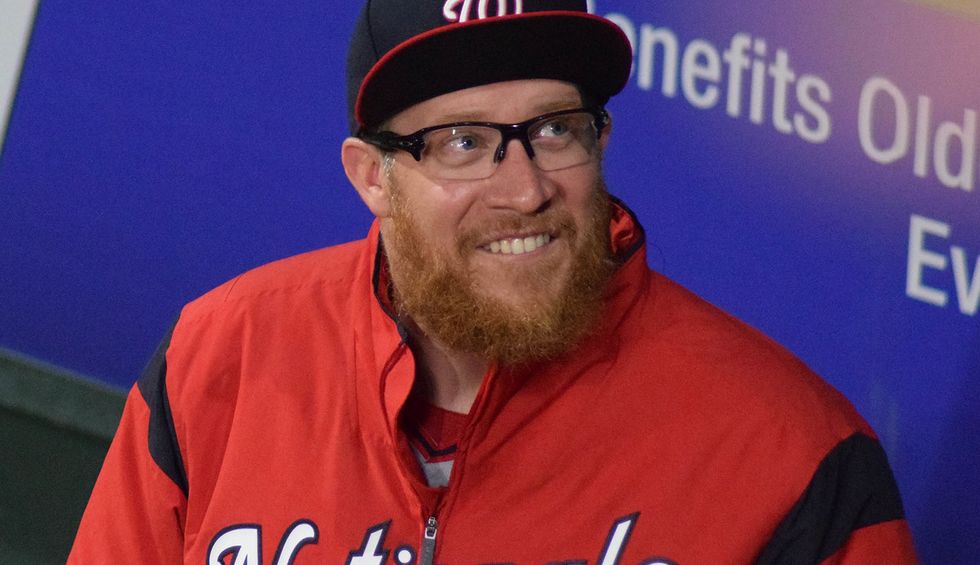 A Washington Nationals closer has become the first member of the championship-winning team to publicly decline the traditional team invite to meet Donald Trump on Monday.

In a candid interview with the Washington Post, Sean Doolittle shared his reasons for declining the White House invite.

“There’s a lot of things, policies that I disagree with, but at the end of the day, it has more to do with the divisive rhetoric and the enabling of conspiracy theories and widening the divide in this country. My wife and I stand for inclusion and acceptance, and we’ve done work with refugees, people that come from, you know, the ‘shithole countries,' ” Doolittle told WaPo, clearly referring to Trump’s cruel and vulgar description, just a year into his presidency, of places like El Salvador, Haiti, and the nations of Africa.

Doolittle and wife Eireann Dolan definitely have lived the sort of life that really makes America great, with a strong interest in the greater good.. Whether it’s having Thanksgiving dinner with Syrian refugee families, strongly supporting the LGBTQ community, or their continued work to properly care for military veterans, Doolittle and Dolan aren’t just repudiating Trump with words, but with their everyday actions.Doolittle offered further insight into his decision to skip the trip to the White House, noting that he doesn’t want to be associated with values like those held by its current occupant.

“People say you should go because it’s about respecting the office of the president,” Doolittle said. “And I think over the course of his time in office he’s done a lot of things that maybe don’t respect the office.”

“The rhetoric, time and time again, has enabled those kind of behaviors,” Doolittle continued, referring to racism and white supremacy. “That never really went away, but it feels like now people with those beliefs, they maybe feel a little bit more empowered. They feel like they have a path, maybe. I don’t want to hang out with somebody who talks like that.”

Thus, instead of hanging out with the divider-in-chief—who was booed mercilessly and memorably by Nats fans during Game 5—the pitcher and his wife will spend time in Virginia with with Doolittle’s grandpa, before heading to their off-season home in Chicago.

As of this writing, it’s unknown if any of his teammates will follow Doolittle’s example.