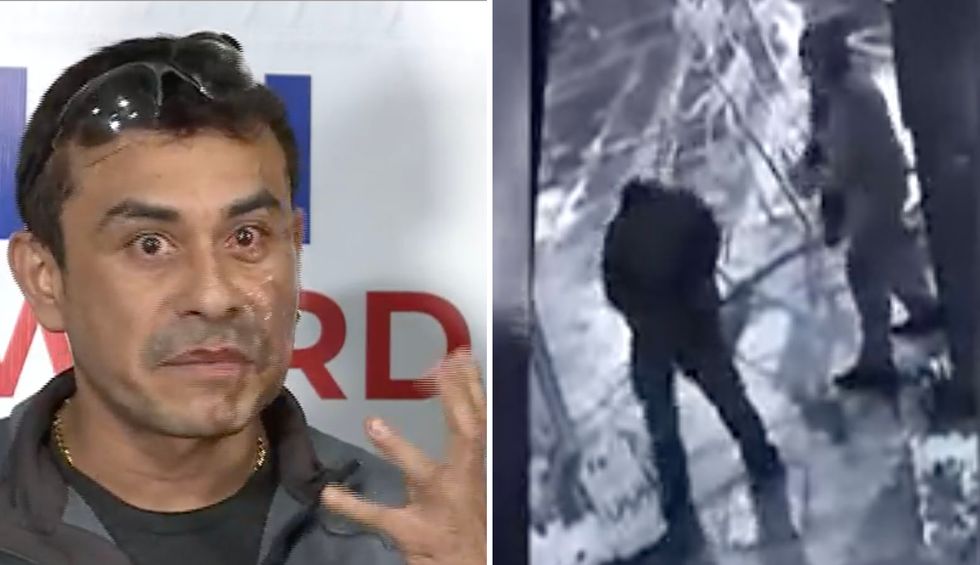 Hate crimes against immigrants have been on the rise in the United States, and in Milwaukee, a 61-year-old man has been charged with a hate crime for an alleged acid attack on a Peruvian immigrant.

Clifton Blackwell, according to CNN, is being charged with first-degree reckless injury for an attack on Mahud Villalaz — who came to the U.S. from Peru in 2001 and became a U.S. citizen in 2013. Villalaz, who suffered second-degree burns when battery acid was thrown at him, told police that his attacker accused him of invading the U.S.

At a news conference on Wednesday, the 42-year-old Villalaz told reporters, “It has been wonderful to see that there are many people who worry about others — not only Latinos, but white people.... everybody. Let’s unite and live in peace with our neighbors.”

The criminal complaint alleges that Blackwell yelled at Villalaz for parking his truck too close to a bus stop in Milwaukee, saying, “Why did you invade my country?”

If convicted, Blackwell could be sentenced to up to 35 years in prison.