'I don’t think it’s going to end well': Ex-megachurch pastor explains why evangelical support for Trump is ‘incredibly damaging to the gospel’ 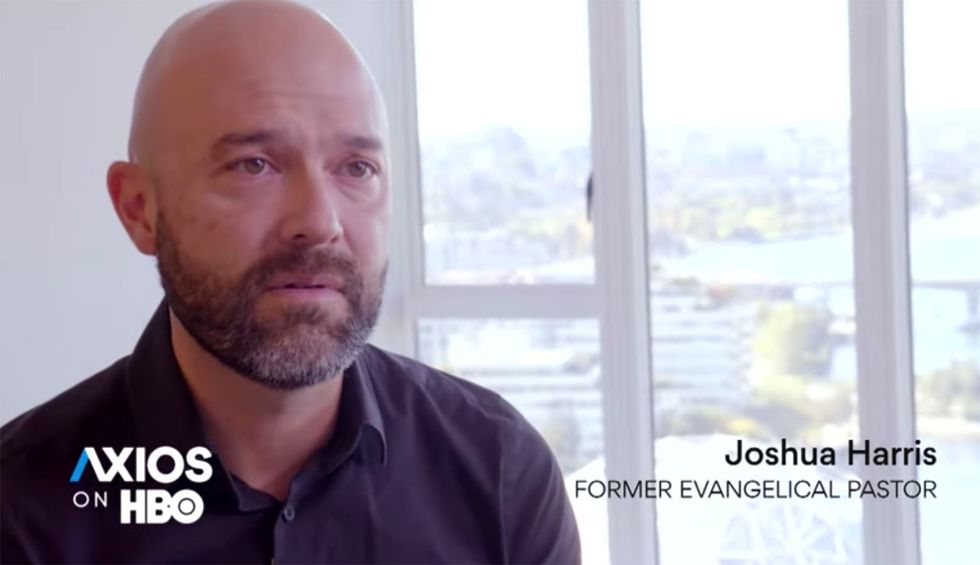 In 1997, Gen-Xer Joshua Harris became a star of the Christian right thanks to his book, “I Kissed Dating Goodbye” — which advocated strict celibacy for unmarried couples. But the former megachurch pastor has since renounced far-right fundamentalist Christianity, apologized to the gay community for homophobic statements he made in the past, and declared “I am not a Christian.” Harris, now in his early forties, is highly critical of the Christian right’s alliance with President Donald Trump — and he addressed that relationship when interviewed by Axios co-founder Mike Allen for “Axios on HBO.”

During the interview, Allen told Harris, “It sounds like you think the church has made a massive mistake by becoming so identified with President Trump” — to which Harris replied, “I think it’s incredibly damaging to the gospel and to the church.”

Harris went on to say, “I don’t think it’s going to end well…. You look back at the Old Testament and the relationship between the prophets and really bad leaders and kings, and often times, it’s not something you unwind because it’s actually in the scriptures presented as God’s judgement on the false religion of the day.”

Trump, of course, is by no means universally loved in Christianity. The president has more than his share of Catholic critics in Latin America, and in the U.S., South Bend, Indiana Mayor Pete Buttigieg (a Democratic presidential candidate, Mainline Protestant and practicing Episcopalian) has been stressing that Trump’s evangelical supporters certainly don’t speak for all Christians. Moreover, many non-fundamentalist black AME (African Methodist Episcopal) congregations are full of card-carrying Democrats who consider Trump’s presidency an abomination.

But among the specific type of Christianity that Harris once championed — far-right white fundamentalist Protestantism — Trump is still quite popular. Franklin Graham (son of the late Rev. Billy Graham), the Family Research Council’s Tony Perkins and Liberty University’s Jerry Falwell, Jr. are among the Christian Right’s outspoken Trump sycophants.

Allen asked Harris if he believed that Christians who are “embracing President Trump” are “due for a judgement.” Harris replied, “I think it is the judgement. I think it is part of the judgement….. To have a leader like Trump is, in itself, part of the indictment — that this is the leader you want and maybe deserve that represents a lot of who you are.”