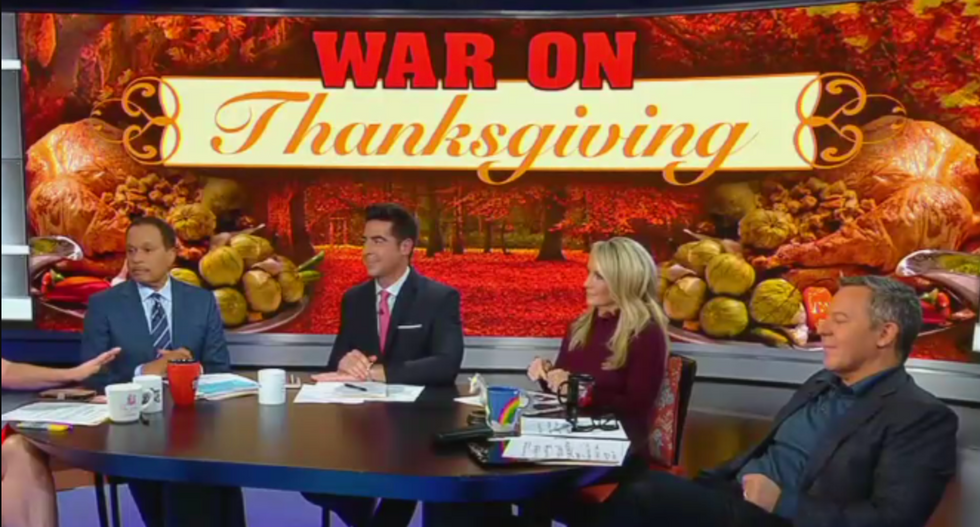 As the holiday season approaches, there’s more to dread than fruit cake. What if your Republican relative wants to talk about impeachment (aka “the witch hunt”)?

Sixteen percent of Americans stopped talking to a friend or family member after the 2016 election, and twenty percent consider members of the other party less than fully human. With polarization at record highs and so many existentially important issues at stake, it’s hard to engage in conversation across lines of difference without blowing a fuse.

At the same time, many liberals and progressives want to understand where their conservative friends and relatives are coming from and long to express their own views in a way that can be given a fair hearing. No matter how the impeachment inquiry ends and no matter who wins in 2020, we will all still be sharing a country, one that will be more harmonious if we can do as the Buddhist monk and peace activist Thich Nhat Hahn wisely counsels, “Speak the truth but not to punish.”

As much as you want to convince the other person that you’re right and they’re oh so woefully and shamefully wrong, an adversarial or judgmental stance will most certainly backfire. When humans get the sense that someone is trying to persuade or browbeat them into changing their mind, their mental defenses go up. The more you try to convince, the more entrenched they become. And the more you convey your disdain for how ignorant, gullible or bigoted they are, the more alienated they’ll feel.

Here are some of the kinds of questions you might ask about impeachment (but don’t trot through the entire list which would make the other person feel like they’re being interrogated):

Try to ask in a relaxed, neutral tone and have your voice come down instead of going up at the end of the question. This feels strange at first but you’ll get used to it. (You can watch a video demonstration Sharon Strand Ellison, creator of Powerful Non-Defensive Communication, asking questions in this style.)

Another kind of follow-up question gently probes the other person’s values and feelings:

The second question may sound like you’re agreeing that Trump is doing good, but (hell no) you’re not. You’re simply finding out whether they are motivated by an ends-justifies-the-means rationale.

If the other person says something you agree with or relate to, acknowledge that. Maybe you once admired a politician who did something bad and you resisted seeing it for what it was, or you were aware of their wrongdoing but defended them anyway—admitting this can help depolarize the conversation by making it okay for each of you to criticize your own team.

Likewise, if you have any criticisms of how Democratic members of Congress conducted the impeachment hearings, be forthright. Maybe you think they should have acceded to the Republicans’ demand that Hunter Biden testify. (Or maybe you don’t, in which case, you can ask, “What information do you think he might have that would shed light on whether or not Trump abused his power?”)  Maybe you agree that Democrats (and Republicans) used too much of their five-minute time allotments making speeches instead of questioning witnesses.

Keep in mind that impeachment is an extraordinarily polarizing issue and that Republicans are leaning hard into partisan loyalty in the face of blatant abuse of power. As political communication expert Karin Tamerius notes, humans are hard-wired to think in us-versus-them terms, and Democrats are unlikely to successfully impeach Trump unless their message has trans-partisan “country before party” overtones.

If the other person says things that you believe to be untrue, you can provide contradictory information, but not in a know-it-all manner. Preface your statements with “I believe…” or “It sounds like we have different information--what I’ve heard is…,” not “The fact of the matter is…” (A good summary of the impeachment hearings is here if you need a refresher).

At some point, you can succinctly sum up your view, ideally in non-partisan, country-over-party terms:

From what I understand, Congress approved aid to Ukraine in early 2019, and it didn’t end up getting released until September, two days after the whistleblower report became public. What I heard the witnesses say is that Trump held the money up so that he could pressure Ukraine into announcing that they were investigating Hunter Biden. That sounds like bribery to me, and the Constitution says bribery is grounds for impeachment. I’m not sure how I feel about giving military aid to Ukraine, but that’s not up to me personally, and it’s not up to Trump personally. I believe Trump had a constitutional duty to let taxpayer-funded aid approved by Congress go through and, when he didn’t, I see that as acting more like a dictator than like the President of the United States.

If the other person says that Ambassador Sondland and others are making false presumptions and inferences about Trump’s intentions, you can say:

I think what you’re saying about how no one can read Trump’s mind and know 100% for certain is true. For me, seeing so many Ukrainian diplomats come to the same conclusion is very compelling. I’d like it if people with first-hand knowledge would testify, people like Bolton and Mulvaney, and even Trump and Giuliani. Since they’re not testifying, then I feel like I have no choice but to rely on the impressions of the people like Sondland who are testifying.

State your opinion and then be done. Don’t belabor the conversation, and don’t feel compelled to have the last word.

It’s unlikely that, by the end of your holiday visit, your Republican relative will have joined the resistance. The best you can hope to accomplish is to plant a seed and give them something to reflect on that counterbalances whatever they’re hearing from conservative sources. If you can do that without blowing your stack, you’ll get through the holidays with your integrity and your family relationships intact.

Erica Etelson is a former human and civil rights attorney, resistance activist, certified Powerful Non-Defensive Communication facilitator, and author of Beyond Contempt: How Liberals Can Communicate Across the Great Divide (New Society Publishers).