How to shop sustainably 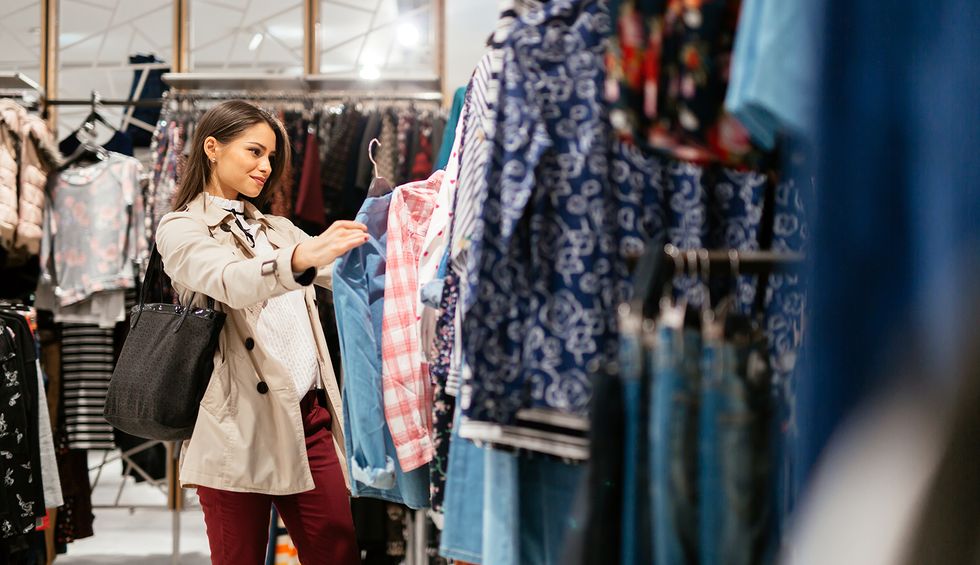 By now, the word is out: Fashion, particularly “fast fashion,” is killing our planet. Low-cost, cheaply made clothes that are designed to be worn briefly until styles change are terrible for the environment.

Over the past decade and a half, consumers have been buying and discarding considerably more outfits. Between 2000 and 2014, global clothing production doubled, with shoppers purchasing roughly 60 percent more garments; at the same time, the number of times a piece of clothing is worn before it’s tossed out dropped by a third. The fashion industry is now solely responsible for 10 percent of the Earth’s carbon emissions and 20 percent of its wastewater; it’s the second largest polluter of water in the world. And in the end, very few of those clothes are recycled: most of them end up in landfills.

Those figures are downright dismal—especially for an industry that markets itself as being about positive feelings and fun.

But the numbers are no secret, and today a wide range of advocates and organizations are working to hold the industry accountable to improving its track record. Within the field, a few outlier brands have made massive changes in how they do business, and others are banding together in groups such as Textile Exchange and Sustainable Apparel Coalition to identify new operating models.

That means consumers have a growing opportunity to make educated decisions, sort the polluters from the companies that are trying to improve, and ultimately push the industry toward greater sustainability.

The $1.3 trillion apparel industry is complex, though, with inputs that start in the field and may well travel halfway around the world before hanging in your closets. What elements should buyers prioritize?

“It seems so overwhelming, but it’s not as complicated as it seems,” Elizabeth Cline says. She’s the author of a popular book about fast fashion and recently released The Conscious Closet: The Revolutionary Guide to Looking Good While Doing Good. If you’re planning to buy a new piece of clothing, the place to start thinking about environmental impacts is the label, she says. After all, the largest portion of the clothing industry’s environmental impact is in the manufacturing phase, not retailing or shipping.

Buyers who dutifully lug canvas bags to the grocery store and would never dream of sipping out of a single-use water bottle might be surprised to learn that more than 60% of textiles today include synthetics made from fossil fuels. They’re part plastic, that is. And because plastic is cheap and easy to manufacture, it’s hard to avoid; even a T-shirt or a pair of jeans might have synthetic material mixed in.

But not all polyesters are the same. “If you’re shopping for synthetic material, look for recycled content. It uses less energy, and no new sources,” says Cline. In most cases, that means the fabric—or shoes, in some cases—started out as plastic bottles that were melted down and turned into new materials. Recycled nylon is another new option; Econyl comes from post-consumer waste and has become increasingly popular in clothing.

Most natural materials can’t be recycled; the fibers tend to shorten with processing, so they have to be mixed with virgin material to be viable. But post-consumer cashmere—that is, sweaters made from discarded garments or leftover factory scraps that are then re-spun—has become a thing, purportedly saving grasslands in countries such as Mongolia and China from the ecological destruction caused by cashmere goats.

If you’re shopping for cotton or wool clothes, look for a tag that says they were produced organically. That’s key: Cotton is grown using huge amounts of pesticides, and wool often requires harsh scouring agents, bleaches, and dyes.

The makers of rayon, also known as viscose, have often billed the fabric as “natural,” and indeed it does come from wood or bamboo. But the raw material may be sourced from old-growth forests, and it requires powerful, poisonous chemicals to be transformed into usable fibers. So when buying rayon, keep an eye out for garments labeled Tencel or lyocell (the former is the brand name; lyocell is the generic fabric); while their manufacture does require chemicals, they’re safer than those used on regular rayon, and the wood used as a raw material is certified as sustainably sourced.

Another key component of sustainable shopping can happen in front of the computer. The apparel industry’s supply chains are notoriously opaque; materials may move from the fields of one country to a spinning mill in another, a knitter in a third, and a manufacturer in perhaps a fourth nation. “Each step requires specialized equipment and significant investment,” says Donna Worley of Textile Exchange. “It may take six or seven stops and six to eight months before a bale of cotton becomes a pair of socks,” and the same is true for other fabrics.

In response, Cline says, get thee to Google. “Start looking for brands that are rethinking the way they manufacture clothing,” she says. That means much more than just powering their headquarters with renewable energy; increasingly, it means radical transparency about the supply chain they’re utilizing. Trailblazing companies like Everlane and Allbirds highlight all of the factories they work with on their websites, opening them up to further scrutiny.

Analysts say that younger shoppers tend to be far more concerned with how their clothes were made than preceding generations—and manufacturers are highly aware of it. That’s consumer power, and an increasing number of brands are responding. Even companies such as H&M and Gucci have made significant efforts to reduce their environmental impact, though they’re still in the minority. Online ranking tools like Good on You can highlight various brands’ efforts.

But some consumers are electing to abandon disposable fashion altogether and are taking advantage of new disruptive business models. Online secondhand retailers like Thredup and the RealReal are thriving, as is subscription fashion service Rent the Runway, which was valued at $1 billion earlier this year.

And then, of course, brick-and-mortar thrift shops are located in most towns and cities. Many are packed with inventory and  humming with business, given the high turnover rate of clothing today. They, too, can be part of a sustainable fashion strategy.

But the first and most important step, says Deborah Drew, associate and social impact lead at the World Resources Institute’s business center, is simply reducing one’s consumption. Drew encourages people to not redo their wardrobes every few weeks. “Instead, they should buy more timeless pieces they can keep,” she says. “Really try to be conscious about what they buy and what impact it has on the planet.”

After all, Drew explains, “[while] improvements in technology are great, if we’re still producing at such a volume, it’s outweighing all the good of these new technologies and fibers. We’re simply overwhelmed by the volume.”

Amanda Abrams wrote this article for YES! Magazine. Amanda is a freelance journalist based in Durham, North Carolina. Learn more about her at amandaannabrams.com.