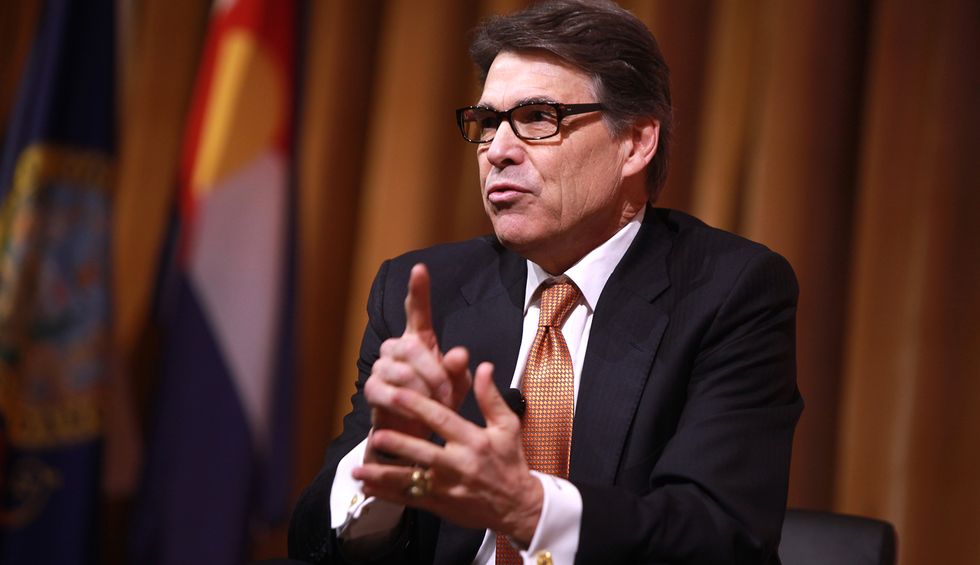 On Friday, the House issued a summons to one of the highest ranking White House officials yet called to appear before the impeachment inquiry, Energy Secretary Rick Perry. But it took almost no time for the question of whether Perry would actually bring his smart glasses to Congress, as a spokesperson for the Department of Energy issued what appears to be a definitive hell no in response to the request.

The request to Perry appears to have been, as most initial requests are, a summons to appear voluntarily. The date for his appearance was given as November 6 — the same date as the summons on three officials in the Office of Management and Budget. It can be expected that all of these requests will be swiftly upgraded to subpoenas. It can also be expected that Perry, along with the OMB officials, will not appear.

Perry already refused to obey a Congressional subpoena for documents related to his role as one of Trump’s “three amigos” last month. Trump, along with Ambassador Gordon Sondland and Ambassador Kurt Volker, were assembled by Donald Trump and acting chief of staff Mick Mulvaney to serve as an alternate diplomatic team in Ukraine, going around Ambassador William Taylor and the staff in Kyiv to make it clear Ukraine would get nothing until Trump got his investigations.

Both Volker and Sondland have already appeared before the inquiry. Their testimony, and multiple texts, have indicated the extent to which they were willing to press the incoming Ukrainian government into giving Trump the political favors he was after. But Perry has been largely missing from these conversations, so it’s not surprising that the inquiry would like to understand just what role the former Texas governor played once Mulvaney gave him marching orders — especially since Trump once blamed Perry for the whole Ukraine issue.

But Perry’s refusal to appear is not at all surprising. Despite court rulings and votes designed to directly address Republican claims of issues with the process, Perry is just one of several officials still pretending that the impeachment isn’t real. There’s no point trying to address their objections, because their real objection is to the idea of having an impeachment at all.

The grouping of Perry with the OMB officials seems to be little more than simply getting names on a list of those who were subpoenaed, but refused to show. It would also not be surprising if the same officials refuse to appear for public hearings that will start later in the month.

All of which is why at least two of the counts on the impeachment of Donald Trump are certain to be obstruction and contempt of congress. And why some of these officials should seriously consider the possibility of jail time in their future.

After months of calling stories that he was about to leave the White House “baseless,” Perry recently announced he will be out before the end of the year.