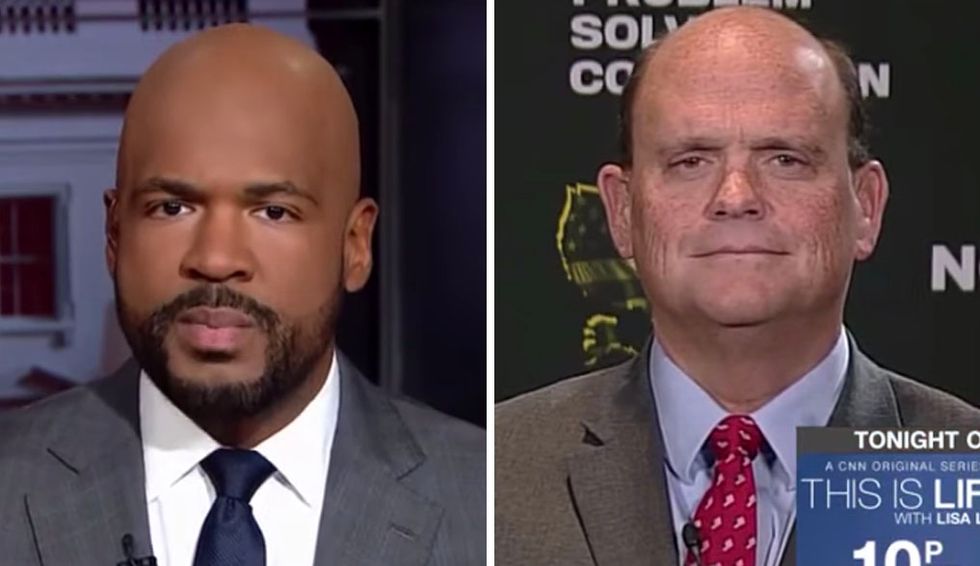 An interview with Rep. Tom Reed (R-NY) turned contentious on Sunday morning when CNN host Victor Blackwell asked him if he approved of Donald Trump asking foreign leaders for dirt on political opponents.

With Reed saying he was happy that the impeachment inquiry was going to go public — despite voting against it last week — Blackwell asked him about a key part of the hearing: Trump’s Ukraine phone call.

Asked, if he thought it was okay for the president to “pressure a foreign leader to get information that would benefit him politically in exchange for military aid,” Reed ducked the question.

“So when we talk about impeachment, it’s high crimes, treason, subject to the penalty of death,” Reed offered. “Now oversight, that is something Congress should be doing. We have been encouraging Congress to take back its role and responsibility. We need leadership in Congress to do what Congress should do, what the Founding Fathers envisioned us doing rather than playing politics.”

“That is not what I see in the evidence,” Reed parried. “What I see is the president of the United States asking about dealings of a sitting vice president, Joe Biden, and making sure that taxpayer dollars are not going to corrupt a nation. That is how I see the evidence and that is where I don’t think this is as an impeachable offense.”

After host Blackwell read comments made by acting White House chief of Staff Mick Mulvaney admitting that the Trump Ukraine phone-call included a quid pro quo, Reed once again refused to address the issue. and attacked Biden instead.

As the two talked over each other, Reed kept knocking aside Blackwell’s recitations of fact, insisting over and over again, “That’s your interpretation.”