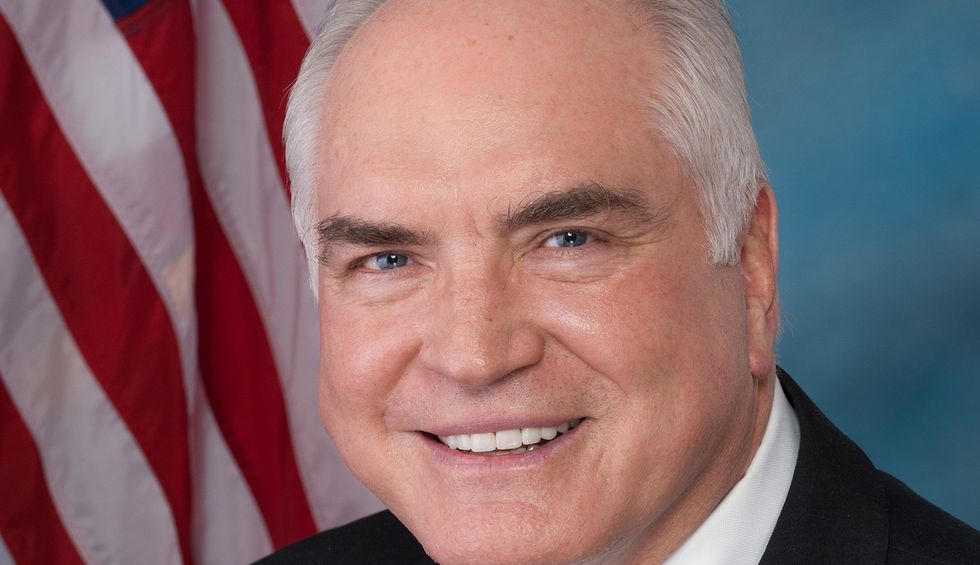 Kelly, who represents the 16th Congressional District in Pennsylvania’s northwest corner, had refused to comment when dogged WTAE report Paul Van Osdol first broke this story in May, but Van Osdol was finally able to track down Kelly in person. Kelly was non-responsive, though, when Van Osdol directly asked him, "Why were you selling vehicles with open safety recalls?" But when asked if he was still selling such cars, Kelly made an offer that he now wishes he could take back: "Why don't you come up and check it like you did last time?" the congressman proposed. "You can do that, come up and check them and maybe we'll have someone show you through our lot. You can take a look and see."

Of course, Van Osdol did just that. He found 15 vehicles still under active recalls at just one Kelly dealership, with one sedan still carrying a type of airbag, made by a company called Takata, that's been responsible for at least 24 deaths. Those killed include 26-year-old Jewel Brangman, who died in 2014 when a Takata airbag went off after a minor crash, firing a burst of metal fragments into her neck that severed her carotid artery.

Van Osdol also discovered that Kelly's website was advertising five affected cars as "GM-certified," even though General Motors only allows vehicles to be designated as such if all outstanding recalls have been addressed. A GM spokesperson insisted that the vehicles had been removed from the "certified" list but couldn't explain why the dealership was still describing them that way. Meanwhile, Kelly's son Brendan, who runs the lot in question, declined to speak with Van Osdol.

You may be wondering at this point how it's even possible Kelly could sell such cars in the first place. It turns out that in his home state, it's perfectly legal: After an organized push by used car dealers in at least 11 states, both Pennsylvania and Tennessee changed their laws to allow dealers to sell vehicles that have been recalled—as long as they note the recall "somewhere in a stack of sales documents," as one in-depth investigative report put it.

As Van Osdol noted in his original exposé, when a similar bill came before Congress in 2015, one key supporter insisted, "There is not a single person in our business that would ever put one of our owners in a defective car or a car with a recall." That congressman's name? Mike Kelly.