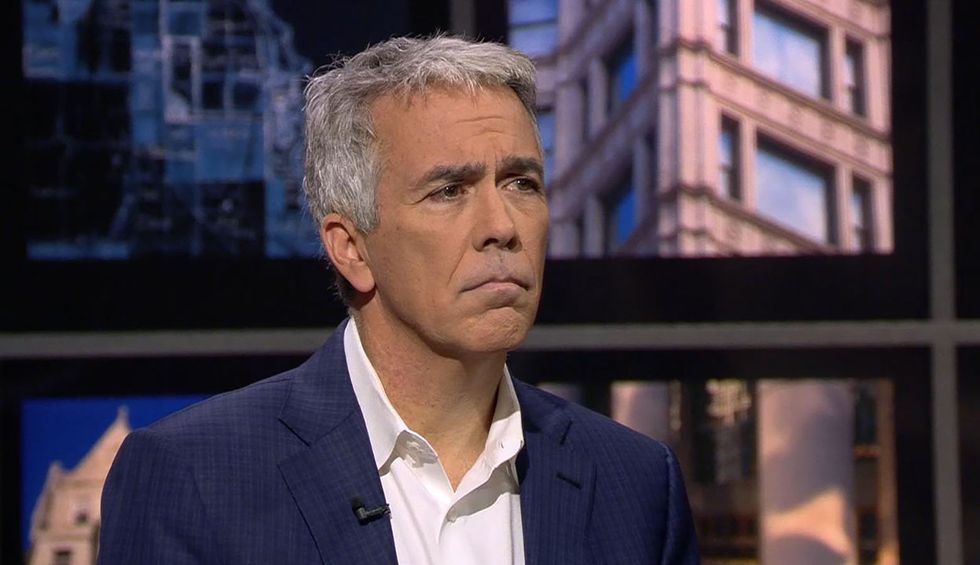 Former Rep. Joe Walsh, R-Ill., who announced in August that he would compete against President Donald Trump for the 2020 GOP nomination, has accused Fox News and conservative radio of lying about the impeachment inquiry.

"This is an absolute shame, and I think you've got to call it out for what it is. The Americans who listen to Fox News and conservative talk radio are being lied to and manipulated every day when it comes to impeachment,” Walsh told CNN's Brian Stelter Sunday on the program "Reliable Sources.”

Although the president “deserves to be impeached,” Walsh expressed his concern that right-wing media outlets have denied a large cross-section of American access to the information it needs to understand the ongoing constitutional crisis.

Walsh also claimed that he had been told by Fox News personnel that the right-leaning network did not want conservatives on their shows who would criticize the president. (That statement ignores the fact that Walsh has made a number of recent appearances on Fox.)

This is not the first time that Walsh has bluntly stated that he believes Trump deserves to be impeached. Last month, he expressed the same sentiment while speaking to CNN anchor Jake Tapper.

"This president deserves to be impeached," Walsh told Tapper. "This president betrayed his country again this week. Would I vote if I were in Congress on the inquiry? There is enough we know now to vote to impeach this president. He stood on the White House lawn this week, Jake, and told two additional foreign governments to interfere in our election. That alone is impeachable. This is a strong term I’m going to use, but I’m going to say it on purpose: Donald Trump is a traitor."

When Walsh announced his bid against the Republican incumbent in August, he described Trump as a “child” who was “unfit” to be president. He also expressed remorse for supporting Trump during the 2016 presidential election, saying that he “got personal” and “got hateful” and “said some ugly things about President [Barack] Obama that I regret.” Walsh specifically mentioned how he had accused Obama of being a Muslim, which he subsequently acknowledged was not true.

"I don't want [Trump] to win. The country cannot afford to have him win. If I'm not successful, I'm not voting for him,” Walsh told ABC host George Stephanopoulos.

Both historical precedent and recent polls suggest that Walsh’s candidacy is unlikely to be successful. Surveys of Republicans have found Trump with consistently between 77 and 90 percent of the party’s support in the primary. The last incumbent president to be forcibly unseated by a candidate from his own party while actively seeking reelection was Chester Arthur in 1884.