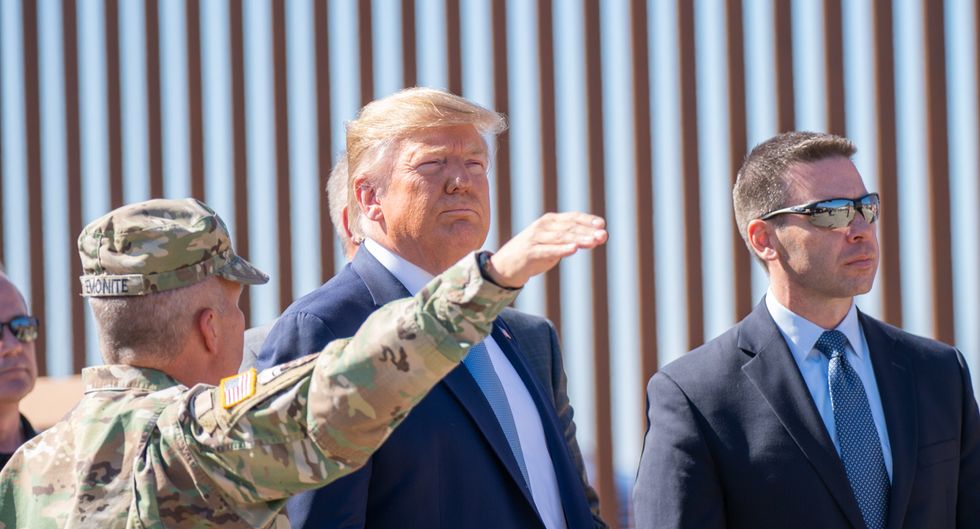 It's not clear if anyone has told Donald Trump this yet, but the latest from budget negotiations is that the administration is backing down from its demand of $8.6 billion in border wall spending for 2020, greatly reducing the chance of a government shutdown this month. That is, unless Trump hasn't agreed to it and decides to shut it down over impeachment.

As of now, maybe, congressional negotiators can continue without that as a complicating factor. As of just a week ago, the White House was insisting that border wall funding had to be included. Or maybe administration representatives just don't give a damn anymore about anything.

"The bazaar is open, no reasonable offer refused. It's time for the Hill to make [the White House] a proposal," said the source who told Roll Call that wall funding is out. It’s good to know how seriously the White House is taking all of this.

One real factor behind the decision, though, is the likelihood that an insistence on getting that $8.6 billion would gum up the rest of the works, and Congress would just decide to fund the next year of operations with a continuing resolution that maintained current funding levels. Legislators want a military spending boost to campaign on in 2020.

The message now from "a top administration official" is that Trump doesn't want another government shutdown on Nov. 22, when the current continuing resolution expires. So it seems likely the government will remain functioning through Thanksgiving. Which means that right now, they're negotiating how long the next stop-gap bill lasts—until Christmas? New Year's? Easter of 2020? Appropriations chairs Rep. Nita Lowey and Sen. Richard Shelby have apparently decided to try to figure that out next week in order to "ratchet up" negotiations for resolving all the spending bills by the end of the year.

Because sure: If Trump can give up on the border wall, Congress can do six months of work in a few weeks’ worth of working days. But at least it looks like federal workers are going to be able to enjoy their Thanksgiving.