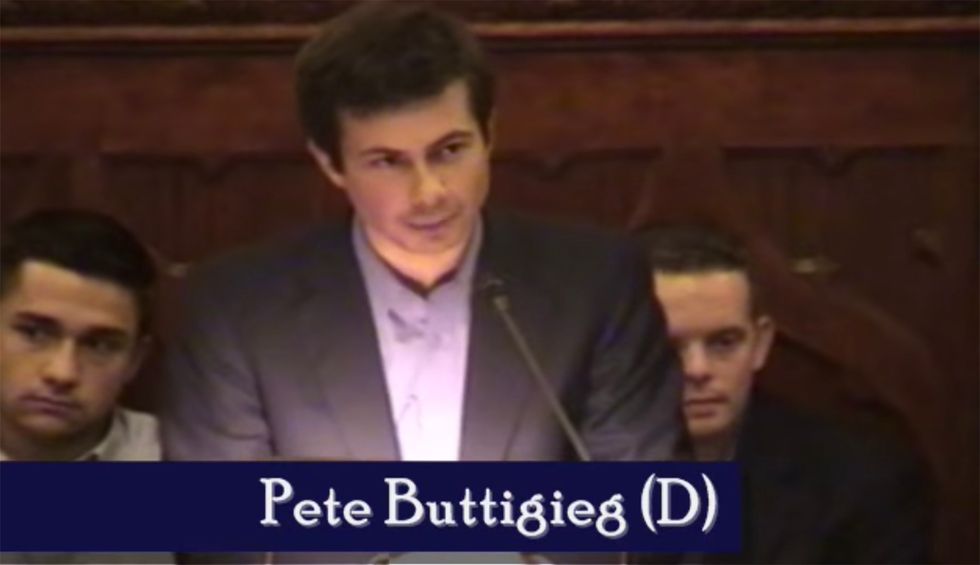 South Bend, Indiana Mayor and 2020 Democratic presidential candidate Pete Buttigieg is facing backlash over a resurfaced video from 2010 in which he offered words of praise for the right-wing Tea Party movement and expressed a desire to find common ground.

During an October 2010 forum in Indiana hosted by the Tea Party-affiliated group Citizens for Common Sense, Buttigieg—then a candidate for Indiana state treasurer—told the audience that "there's some, especially in my party, who think the Tea Party's a wholly owned subsidiary of the Republican Party."

"But there are many others who believe that the Tea Party's motivated by real concerns about the direction of our government, and the responses of our government to citizens," Buttigieg said. "And above all a frustration with business as usual. That is what motivated me to run. And so while we may come from often very different perspectives, I believe we might find that we have a lot in common."

Buttigieg's remarks went viral Monday night after self-described progressive activist Ryan Knight and others posted a clip of the 2010 speech on Twitter.

"Here's Pete Buttigieg speaking at a Tea Party event during Obama's presidency and praising them for their concerns about the 'direction' of the country," Knight tweeted. "The Tea Party is the racist movement that rose up after Obama was elected. This video is disqualifying."

Journalist Walker Bragman noted that billionaire brothers Charles and David Koch were a major financial force behind the Tea Party movement, which emerged in 2009 during the Wall Street crash.

"They pumped millions of dollars into electing race-baiting, right-wing fringe candidates willing to deregulate their businesses and lower their taxes," Bragman tweeted.