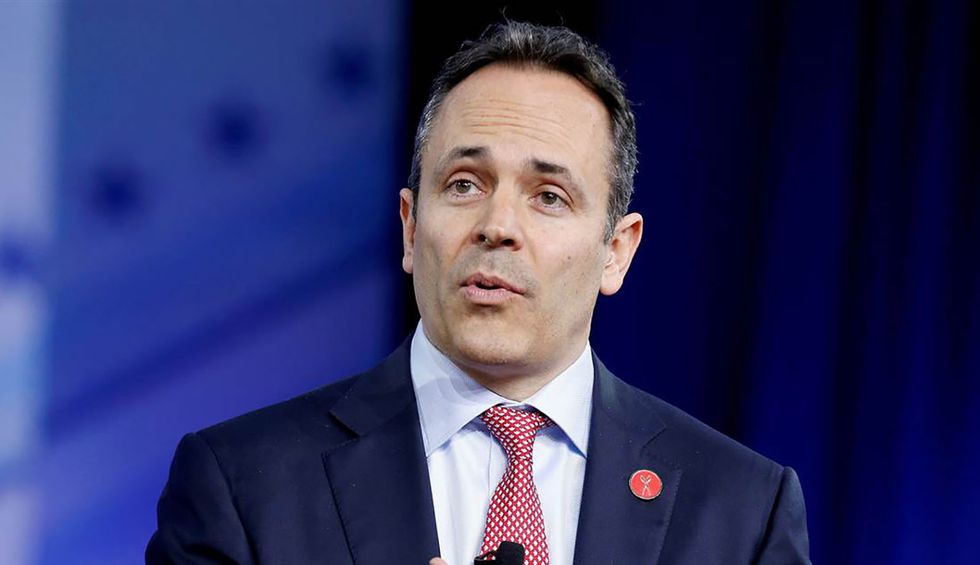 Kentucky's Senate President Robert Stivers suggested Tuesday night that the close race between Gov. Matt Bevin and Democratic challenger Andy Beshear could ultimately be decided by the state's Republican-controlled legislature, sparking warnings that the GOP could attempt to "steal" the election.

"There's less than one-half of 1 percent, as I understand, separating the governor and [Beshear]," Stivers, a Republican, told reporters after Beshear declared victory. "We will follow the letter of the law and what various processes determine."

Stivers pointed to Section 90 of the Kentucky state Constitution, which says: "Contested elections for Governor and Lieutenant Governor shall be determined by both Houses of the General Assembly, according to such regulations as may be established by law."

According to the New York Times, Beshear is leading Bevin by more than 5,000 votes with 100 percent of the precincts reporting. Kentucky Secretary of State Alison Lundergan Grimes, a Democrat, called the race for Beshear Tuesday night.

Stivers' comments were met with alarm on Twitter. The Intercept's Ryan Grim warned that Republicans are "totally gearing up to steal the KY governor's election."

David Roberts of Vox echoed Grim, writing: "Pay attention. They're going to try to steal the Kentucky election right out in the open, in front of everyone."

Bevin, a fervent backer of President Donald Trump, told his supporters Tuesday night that he has no plans to concede the election. The Republican governor claimed without evidence that there were "more than a few irregularities" in the race.

Scary possibility here if Bevin continues to contest the results that the will of the people could be subverted and… https://t.co/Rz7OkQhN3b
— Krystal Ball (@Krystal Ball)1573044708.0

The local Courier Journal reported that Bevin has 30 days under state law to "formally contest the outcome once it is certified by the State Board of Elections."

"The last contested governor's race was the 1899 election of Democrat William Goebel," the Journal noted.

Beshear's apparent win over Bevin was widely viewed as a humiliating defeat for Trump, who campaigned in Lexington on Monday and pleaded with his supporters to turn out for Bevin.

"If you lose, they are going to say Trump suffered the greatest defeat in the history of the world," the president said. "You can't let that happen to me!"

At a press conference Wednesday, Beshear said he is confident his victory will be upheld.

"Whatever process that the governor chooses to go down, it's not going to change this overall number of votes," Beshear said at a press conference. "We are going to take the steps to move forward to make sure that we are ready... on the day that we're inaugurated."