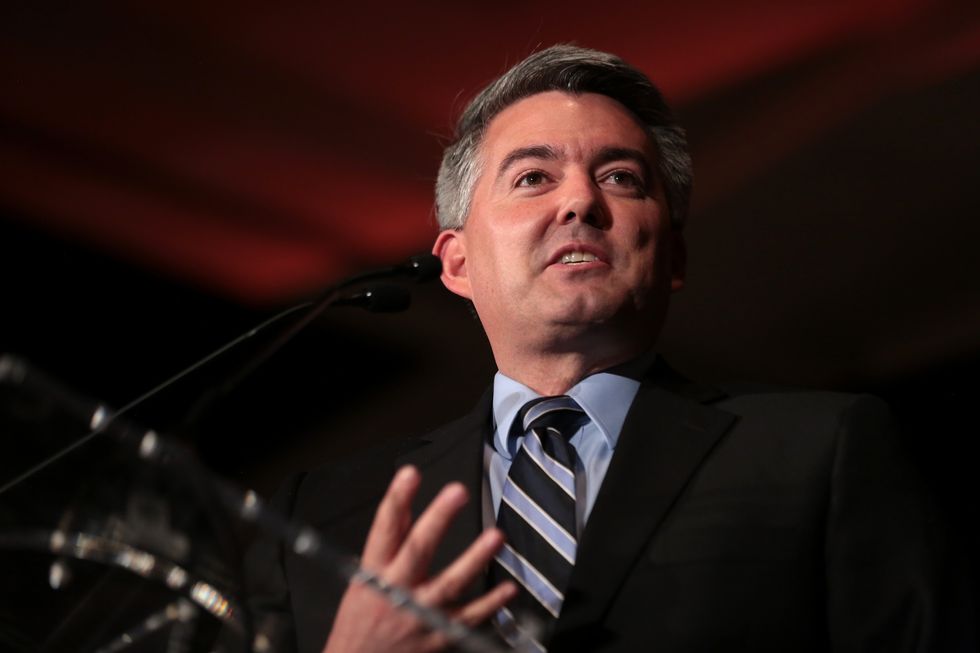 This week, the impeachment inquiry against President Donald Trump is entering a new phase in the U.S. House of Representatives: three witnesses are getting ready to testify publicly (all of the previous testimony and depositions have occurred in closed-door hearings). And the response of some far-right Republicans in the House is to echo a goofy conspiracy theory: that the real interference in the 2016 presidential election came from Ukraine, not Russia. All this GOP buffoonery in the House, conservative Washington Post opinion writer Jennifer Rubin asserts in a November 11 column, raises an important question for Senate Republicans: will they conduct themselves like “responsible adults” or emulate the buffoonish behavior of Trump loyalists in the House such as Rep. Jim Jordan of Ohio and Rep. Mark Meadows of North Carolina?

“Unwilling to recognize scientifically proven climate change but willing to embrace loony conspiracy theories about Ukraine — refusing to accept the unanimous verdict of our intelligence officials that Russia interfered with our election but willing to believe the Democratic National Committee server is in Ukraine — House Republicans these days differ little from Infowars or Sean Hannity,” Rubin asserts.

Rubin is hoping that “normal” Republican senators will seriously evaluate the evidence presented in the impeachment inquiry.

Rubin notes that Sen. Joni Ernst of Iowa and Sen. Cory Gardner of Colorado — both of whom have “ducked reporters and constituents” on the subject of impeachment — will both “be on the ballot in 2020.” And voters should hold them accountable.

Rubin says of Ernst and Gardner, “If they behave like their House counterparts, they also should be expected to be grilled as to why they allowed the most serious task of their political careers — impeachment of a president — to devolve into a clown show. They should be prepared to explain why the Senate did not take this seriously and why their refusal to stick to facts — serious and undisputed facts — should earn them another six years. The impeachment jurors, in other words, will have to account for their own conduct and verdict.”

Other GOP senators who are up for reelection in 2020 and will have to “face voters,” Rubin points out, include Sen. Susan Collins of Maine and Sen. Thom Tillis of North Carolina.

“I’d like to think senators appreciate the distinction between the House and Senate, choosing to behave with dignity and honesty,” Rubin writes. “If, however, senators indulge the right wing with the same reckless gamesmanship as the House Republicans, they should pay a steep price. We should hope that even if Trump survives a Senate trial, the Republican senators who sacrifice their honor and violate their oaths will not.”