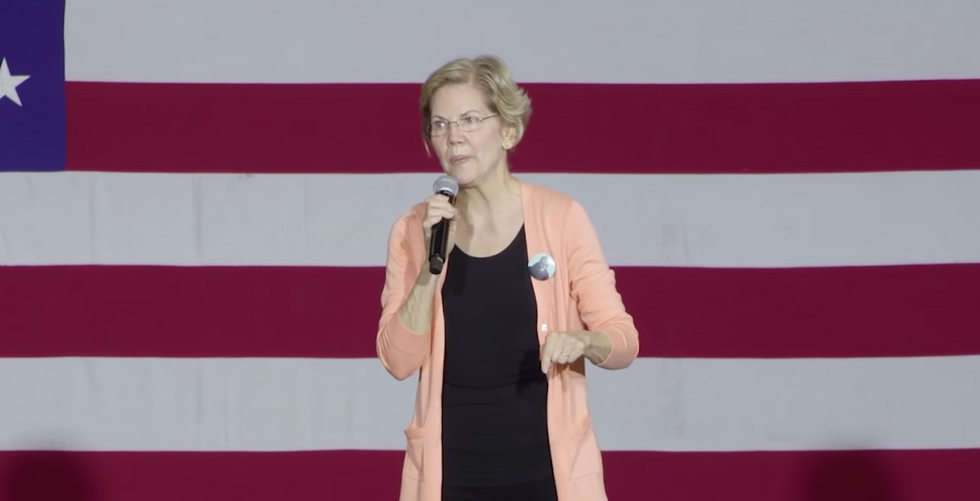 Sen. Elizabeth Warren (D-MA) has a forceful new ad out targeting the billionaires who oppose her candidacy for president, and it is already drawing an infuriated response.

The video intersperses clips of her on the campaign stump calling for a wealth tax on the rich along with video of billionaires denouncing her.  Leon Cooperman, a hedge fund manager, is shown saying, "The vilification of billionaires makes no sense to me. It's bull!"

That quote is then followed up with by an image saying that Cooperman has been charged with insider trading, which is true. In 2016, the Securities and Exchange Commission brought charges against him, which he eventually ended up settling for $4.9 million. He didn't admit to guilt in the case and claimed he could have won if it had gone to trial. Even then, he seemed to feel as though he were an oppressed minority because he's wealthy, saying that if he had lost: “It would have to do with the fact that I’m a former Goldman partner, I’m a hedge fund manager, I’m wealthy. Those are enough factoids that impress juries.”

“In my opinion, she represents the worst in politicians as she’s trying to demonize wealthy people because there are more poor people then wealthy people,” he told CNBC. “As far as the accusations of insider trading, I won the case.  She’s disgraceful. She doesn’t know who the f--- she’s tweeting. I gave away more in the year then she has in her whole f----ing lifetime."

Such an ill-tempered reaction is hardly likely to win converts to his position.