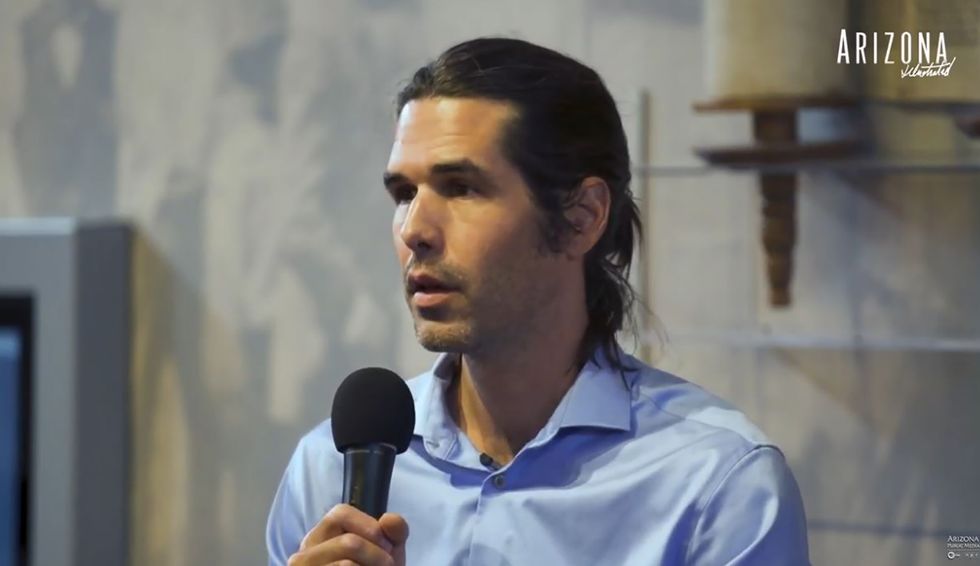 An Arizona jury on Wednesday found human rights activist Scott Warren not guilty of "harboring" undocumented migrants, charges that were levied by federal prosecutors after the geography teacher provided food, water, and shelter to two men traveling through the desert in 2018.

"The government failed in its attempt to criminalize basic human kindness," Warren, a volunteer worker with advocacy group No More Deaths, said from the steps of the Arizona courthouse following his acquittal. "As we stand here, people's brothers, sister, father, spouses, and children are in the midst of the perilous desert crossing. The need for humanitarian aid continues."

On Twitter, No More Deaths applauded the jury's decision.

"Yet again, No More Deaths has withstood the government's attempts to criminalize basic human compassion," the group said. "This verdict is validation of what we have always known: that humanitarian aid is never a crime. We will continue to provide food, water, and medical aid to all those who need it, until the day that no one dies or disappears while crossing the deserts and oceans of the world."

If convicted, Warren would have faced up to a decade in prison. As Reuters reported, the Tucson jury took just over two hours to find Warren not guilty on two federal charges.

Erika Guevara-Rosas, Americas director at Amnesty International, which supported Warren throughout the legal process, applauded the verdict in a statement Wednesday night.

"Sense has prevailed today with the jury exonerating Dr. Scott Warren for a simple reason: humanitarian aid is never a crime," Guevara-Rosas said. "The Trump administration is wrong to try to prosecute people who are only trying to save lives. By threatening Dr. Warren with a decade in prison, the U.S. government sought to criminalize compassion and weaponize the deadly desert against people who make the perilous journey to the United States in search of safety."