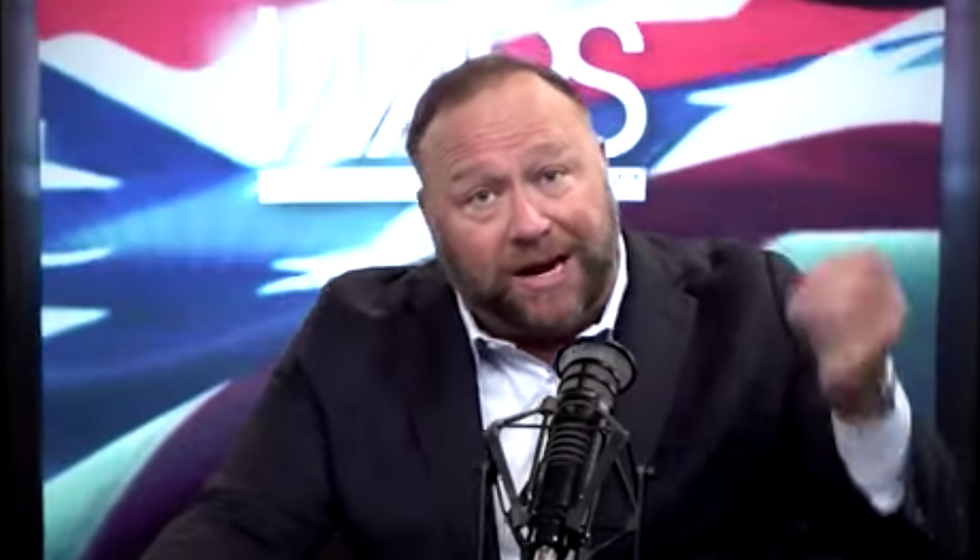 The trial of Roger Stone is now underway, with the veteran GOP operative and long-time ally of President Donald Trump facing federal charges that range from witness tampering to lying to Congress in connection with the Russia investigation. Radio/television host and far-right conspiracy theorist Alex Jones believes that Stone’s trial is a sham being perpetrated by the “deep state,” and this week, Jones ranted and raved against the jurors and claimed that one of them was a “minion” placed on the jury as part of an anti-Trump conspiracy.

“We’ve got her name, and we’re going to release it,” Jones declared on his “Infowars” broadcast on Tuesday before broadcasting the face and name of a woman he claimed was the juror planted by the “deep state.”

Stone has been a frequent contributor to “Infowars,” and Owen Shroyer (an “Infowars” employee) was broadcasting live this week from outside the courthouse where Stone’s trial is being held.

Jones’ diatribe against the jury, according to the Daily Beast’s Will Sommer, stemmed from reports that a woman who had been a potential juror had worked in the Office of Management and Budget (OMB) under President Barack Obama. But Sommer reports that Jones, “in his rush to attack the potential juror as a deep-state plant,” seemed to “have gotten the wrong person.”

Sommer also notes that Jones, “didn’t show a picture of the actual potential juror, who despite his claims, didn’t make it onto the jury anyway. Instead, he showed a picture of another former OMB staffer who appears to be totally unrelated to the Stone trial.”

On Jones’ Tuesday broadcast, Stone ally Jacob Engels was featured as a guest. And according to Media Matters’ Timothy Johnson, both Jones and Engels “incorrectly said that (a) former Obama Administration official had been chosen for the jury.”

Johnson explained that during the broadcast, “Jones began reading a list of former Obama officials, asking Engels to give a sign if he said the correct name. Apparently, he got his answer when he named former White House Communications Director Jennifer Palmieri. But the OMB communications director position is different than the White House communications director position, meaning that if the report about the potential juror working for OMB is correct, the potential juror (was) not Palmieri.”

During his Tuesday broadcast, Jones ranted, “We’ve got to have Obama’s former communications director hang Roger. Hell, if they give him the death penalty, maybe she can hang him and kick the lever — and he’ll break his neck, and she can piss all over his dead body.”

The judge in Stone’s trial is Obama appointee Amy Berman Jackson, who Jones has often railed against as part of the “deep state” on his show.