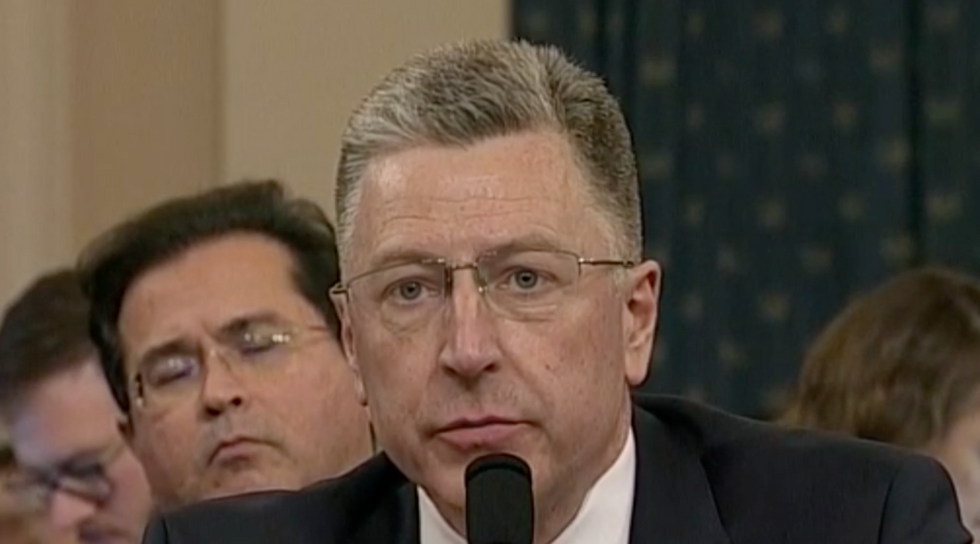 Throughout the impeachment proceedings into President Donald Trump, Republicans have tried to distract from the central allegations by casting aspersions and floating conspiracy theories about Vice President Joe Biden.

But on Tuesday, one of the key witnesses that the Republicans themselves requested to appear in the public hearings dramatically undercut their efforts to smear Biden.

Former U.S. envoy to Ukraine Kurt Volker, one of the key people in the Trump administration's efforts to induce the country to announced investigations into the president's political rivals, dismissed the allegations against Biden. He said that, while he was involved in the push to get Ukraine to announce in the investigation into Burisma — the oil company where Biden's son Hunter served on the board — he did not at the time link the company to the former vice president. He said that, in retrospect, he should have realized that there was a connection. Had he realized the connection, he said, "I would have raised my own objections.”

He also emphasized that the investigation of the Bidens would have been "unacceptable" and baseless.

"I have known Vice President Biden for 24 years," Volker said. "He is an honorable man and I hold him in the highest regard."

"The allegations against Joe Biden are self-serving and not credible," he added.

He said the concerns Republicans — and particularly Rudy Giuliani — have raised about the former vice president and his son Hunter Biden, that the father somehow used his office to protect his son,  were "conspiracy theories, circulated by the Ukrainians."

Volker portrays Sondland and Giuliani -- but not himself -- as the ones who were interested in leveraging Ukraine t… https://t.co/byowjHfaqR
— Aaron Rupar (@Aaron Rupar)1574197833.0