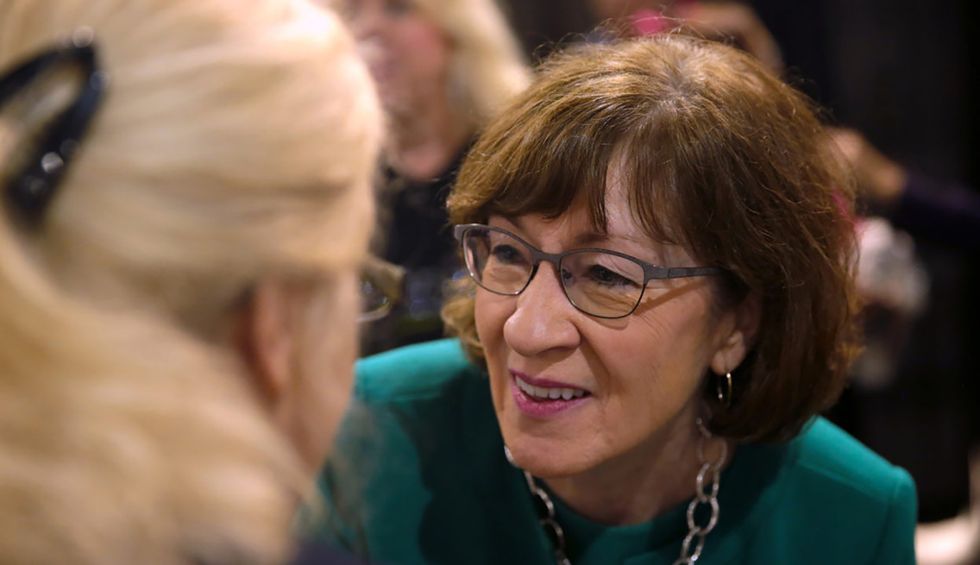 News from The Washington Post that top White House officials held a clandestine meeting Thursday with Republican Senators to map out a plan to limit the Senate impeachment trial while President Trump has been secretly "courting" Senate Republicans in an effort to gauge and gain their loyalty has many angered and alarmed.

The House is expected to pass articles of impeachment against President Donald Trump, which would require the Senate to hold an impartial trial, over which the Chief Justice of the Supreme Court would preside. It very much is a legal proceeding with historic consequences for the future of America's democracy.

Republicans appear to not have grasped this fact, not the gravity of their constitutional duties.

Many Americans are growing angered as a result. Some are calling the Senate impeachment trial "rigged" before it has even begun. Others are pointing out that this is akin to jurors meeting with the "defendant to discuss how long they think they have to let the trial go on."

"Juries don’t collude with the accused criminals they’re judging," one person on Twitter said. "Only collusion, only obstruction," said another.

Take a look at the responses:

Meanwhile, the fact that the target of an investigation is conspiring with the very public servants who will serve as jurors on his trial is shocking to some.

Trump will be controlling his own impeachment trial in the Senate https://t.co/YbcSHauWRe
— Individual-1 (@Individual-1) 1574370484

Well now we know. Trump has rigged the trial even tho no impeachment trial has been recommended. https://t.co/pMmuEJVrhC
— Tina Routhier (@Tina Routhier) 1574371507

jurors meet with defendant to discuss how long they think they have to let the trial go on before hanging the jury. https://t.co/qc6zTbaPyb
— johnbrummett (@johnbrummett) 1574374821