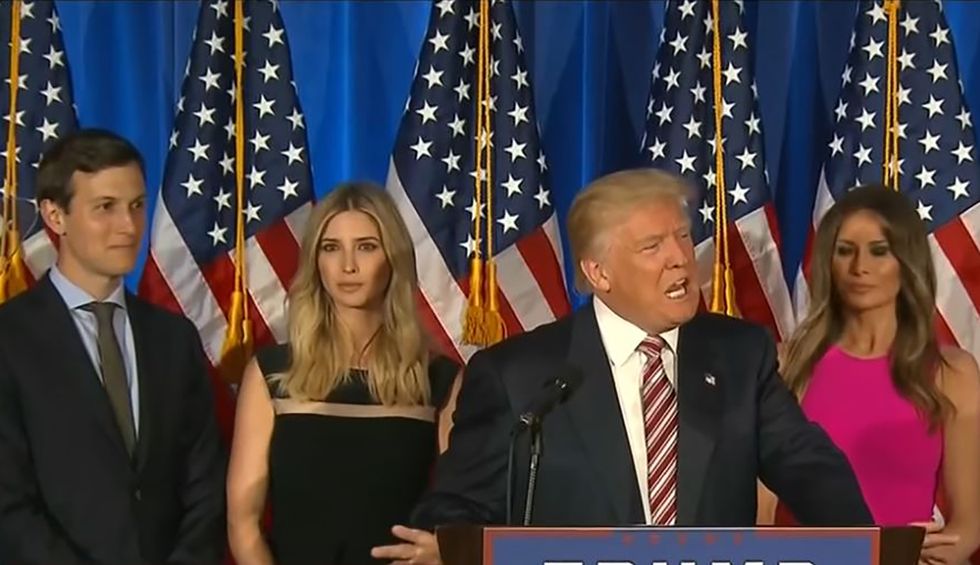 New York Attorney General Letitia James announced Thursday that the state Supreme Court ordered President Donald Trump to pay $2 million to eight nonprofits as part of a settlement for the state's lawsuit that accused Trump and his three eldest children of "persistently" abusing the family's shuttered charity, including to further the president's political interests.

"The court's decision, together with the settlements we negotiated, are a major victory in our efforts to protect charitable assets and hold accountable those who would abuse charities for personal gain," James said in a statement.

The state attorney general explained that "the Trump Foundation has shut down, funds that were illegally misused are being restored, the president will be subject to ongoing supervision by my office, and the Trump children had to undergo compulsory training to ensure this type of illegal activity never takes place again."

"My office will continue to fight for accountability," James added, "because no one is above the law—not a businessman, not a candidate for office, and not even the president of the United States."

The suit, filed in June 2018 by James' predecessor after a two-year investigation, charged that "for more than a decade, the Donald J. Trump Foundation has operated in persistent violation of state and federal laws governing New York state charities." Along with the foundation and Trump, the suit named his children Donald Jr., Eric, and Ivanka Trump.

The foundation agreed to dissolve under judicial supervision in December 2018, about a month after a New York state judge allowed the state's case to proceed.

According to James' office, the Trump Foundation's $1.78 million in assets and $2 million in damages from Donald Trump will be equally split among Army Emergency Relief, the Children's Aid Society, Citymeals-on-Wheels, Give an Hour, Martha's Table, United Negro College Fund, United Way of National Capital Area, and the U.S. Holocaust Memorial Museum.

Welcoming James' announcement, Citizens for Responsibility and Ethics in Washington (CREW) executive director Noah Bookbinder declared, "Today's settlement of the suit brought by the New York Attorney General's Office is a fitting and poetic end to this scandal."

"More than three years ago, we first drew America's attention to Donald Trump's illegal operation of his eponymous charitable foundation for his own personal and political benefit," said Bookbinder, whose group researches ethical and legal violations related to the government. "Over the next six months, our investigation turned up repeated abuses of the law, leading to numerous complaints and an IRS fine."

"CREW first identified illegal behavior by the Trump [Foundation] when it gave an impermissible $25,000 political donation to support Florida Attorney General Pam Bondi while her office was reportedly considering joining a New York Attorney General suit against the Trump University," Bookbinder noted. "Florida did not join. But yesterday, it was announced that Bondi would be joining President Trump's impeachment defense team."