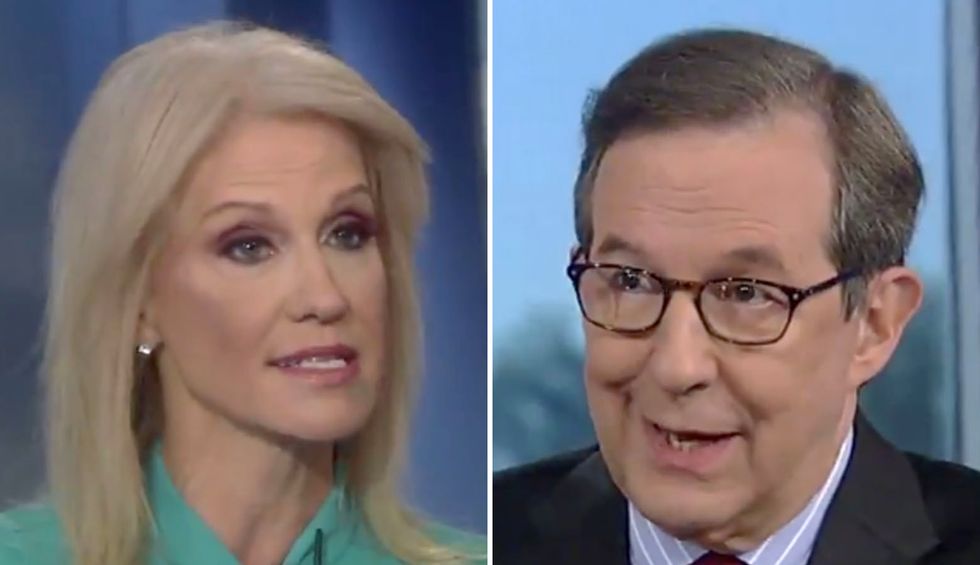 Combative Kellyanne Conway took her show on the road to Fox News Sunday this morning where she battled host Chris Wallace over testimony given by officials in Donald Trump’s administration.

Sitting down with the persistent Fox host, Conway once again said she saw no evidence of a quid pro quo, only to have Wallace note the multiple high-level presidential appointees who have testified that is exactly what they saw in the president’s talks with Ukraine’s president.

“All of them top foreign policy officials to this president have all testified about repeated instances where they saw the support for Ukraine dependent on Ukraine investigating the Bidens,” Wallace began. “Isn’t that the definition of a quid pro quo?”

“The fact is Ukraine has that aid, they’re using that aid as we sit here ” Conway shot back.

With host Wallace asking if “it mattered” that the top diplomat to Ukraine admitted that a quid pro quo was involved, Conway retorted that she questioned the diplomat’s “interpretation.”