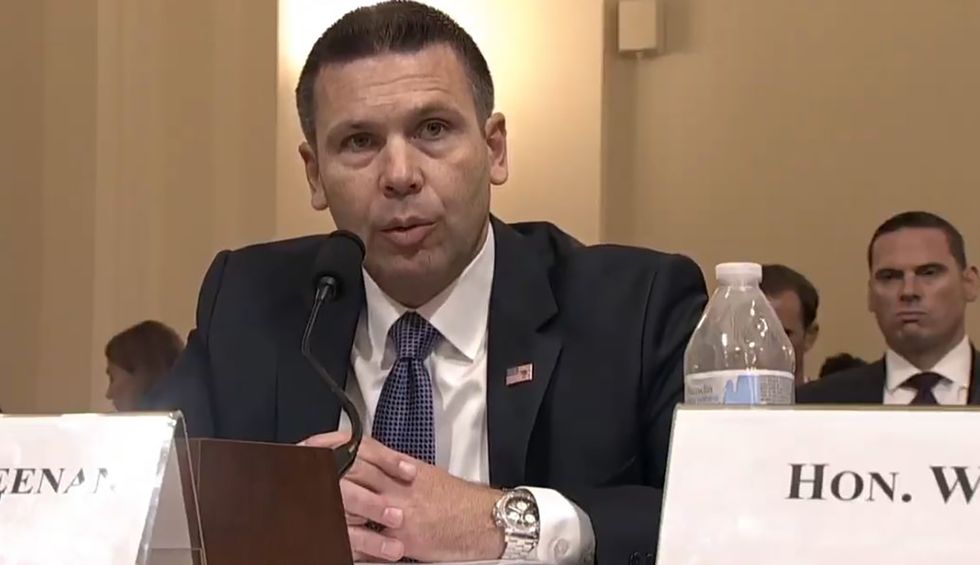 Donald Trump’s Department of Homeland Security is a mess, following his various purges, and his preferred leaders for the department are unlikely to be confirmed by the Senate. So the resignation of acting Secretary Kevin McAleenan poses something of a problem—but luckily for Trump, he has aides determined to find loopholes to exploit to ensure that he never faces any consequences for his incompetence and mismanagement.

An acting secretary must, The New York Times reports, “be next in the line of succession, have the approval of the Senate or have served 90 days under the previous secretary.” The people Trump wants to replace McAleenan don’t satisfy any of those requirements. The people who do satisfy those requirements wouldn’t satisfy Trump’s desire for a truly vicious anti-immigrant DHS head.

But rather than Trump accepting that sometimes he won't get what he wants, the White House thinks it has found a loophole. The vacant role of assistant secretary of the Countering Weapons of Mass Destruction Office is an exception to the usual eligibility roles and, as an “inferior officer,” could be made acting secretary of homeland security solely at Trump’s discretion. That means Trump could potentially appoint acting U.S. Citizenship and Immigration Services head Ken Cuccinelli or acting Customs and Border Protection head Mark Morgan—or some other unconfirmable sadistic racist—to be acting DHS secretary.

Anything but Trump experiencing a consequence for his actions.