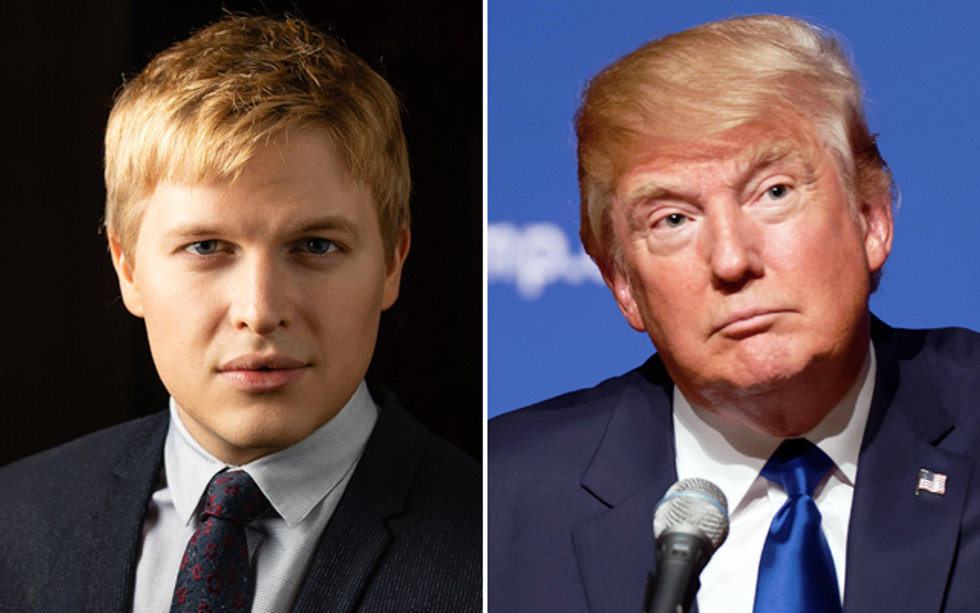 Author and journalist Ronan Farrow detailed evidence that the National Enquirer shredded documents related to dirt on President Donald Trump in his new book, "Catch and Kill,"  according to a Politico report on Monday.

Farrow reported that the materials on Trump were removed from a safe to be destroyed at the beginning of November 2016. “We need to get a shredder down there,” Dylan Howard, the editor in chief at National Enquirer, reportedly told a staffer.

After Trump was elected, his then-attorney Michael Cohen asked for all the material that the National Enquirer and its parent company, American Media Inc., had on Trump, the report said. Some people involved reportedly feared complying could be "legally problematic" — but Howard was insistent. The report continued:

“It was only later, when one of the employees who had been skeptical started getting jumpy and went to check, that they found something amiss: the list of Trump dirt didn’t match up with the physical files,” Farrow writes. “Some of the material had gone missing.”

Howard told colleagues that none of the material was destroyed, but Farrow’s sources expressed skepticism.

“We are always at the edge of what’s legally permissible,” one senior AMI employee told Farrow. “It’s very exciting.”

AMI told Politico that the story is "completely untrue."

But AMI had already come under federal scrutiny for its role in helping to get Trump elected. It cooperated with the Southern District of New York's investigation into the campaign finance crimes carried out by Cohen, reportedly at Trump's direction. Part of that scheme involved coordinating with AMI to pay off former Playboy model Karen McDougal to keep quiet in the run-up to the election about an affair she had with Trump. AMI reportedly had a habit of paying for silence on these types of stories — a tactic known as "catch and kill." Despite now having admitted to its part in this scheme, AMI had previously denied that it killed stories on Trump's behalf.

Cohen has since gone to prison, in part for his role in the campaign finance crime. AMI received a nonprosecution agreement for helping prosecutors in the case. SDNY has closed the case without comment on Trump's possible criminal liability in the scheme; it's possible the only reason he wasn't indicted is that being a sitting president gives him immunity, according to Justice Department policy.

The revelation of Cohen's campaign finance crimes drew attention to the reports of supposed safe containing "dirt" on Trump held by AMI. Farrow noted after Politico's report was published:

Can finally talk about one of the big pieces of news in Catch and Kill: it’s the first time a reporter has gained a… https://t.co/ohdtUnQP6I
— Ronan Farrow (@Ronan Farrow) 1571091074.0