We may never know the depth of Donald Trump's corruption 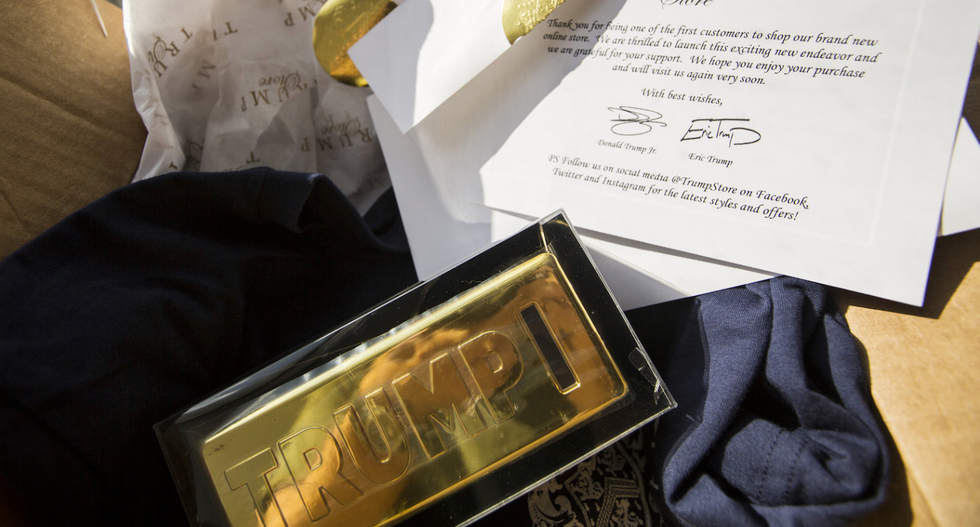 Two days ago, The Washington Post reported that "a company in which President Trump’s brother has a financial stake received a $33 million contract from the U.S. Marshals Service earlier this year." Two competitors protested the award, with one filing a complaint alleging that the firm's "efforts to obscure Mr. Robert Trump’s financial interest in the company even as it trades on the Trump name... present the appearance of preferential treatment for those who are close to the President.”

It's a small story in the saga of Trump's presidency and it went largely unnoticed. There have been dozens of similar reports of what appear on their face to be glaring examples of corruption but aren't quite smoking guns since he took office. They've involved his own businesses, his family's various ventures and apparent conflicts among Trump appointees throughout the federal government.

Yet it's hard to avoid the conclusion that what investigative journalists have ferreted out so far only scratches the surface. Earlier this month, for example, William Cohan reported for Vanity Fair that an unknown group of traders have made billions in stock and commodities futures by predicting Trump's notoriously unpredictable market-moving statements and in some cases his official actions.

Cowan described a series of seemingly too-good-to-be-true bets made in the moments before markets closed that earned tens of millions of dollars and then added:  "these wins were peanuts compared to the money made by a trader, or group of traders, who bought 420,000 September e-minis in the last 30 minutes of trading on June 28."

That was some 40% of the day’s trading volume in September e-minis—making it a trade that could not easily be ignored. By then, President Trump was already in Osaka, Japan—14 hours ahead of Chicago—and on his way to a roughly hour-long meeting with China’s President Xi Jinping as part of the G20 summit. On Saturday in Osaka, after the market had closed in Chicago, Trump emerged from his meeting with Xi and announced that the intermittent trade talks were “back on track.” The following week was a good one in the stock market, thanks to the Trump announcement. On Thursday, June 27, the S&P 500 index stood at about 2915; a week or so later, it was just below 3000, a gain of 84 points, or $4,200 per e-mini contract. Whoever bought the 420,000 e-minis on June 28 had made a handsome profit of nearly $1.8 billion.

Traders in the Chicago pits have been watching these kinds of wagers with an increasing mixture of shock and awe since the start of the Trump presidency. They are used to rapid fluctuations in the S&P 500 index; volatility is common, of course. But the precision and timing of these trades, and the vast amount of money being made as a result of them, make the traders wonder if all this is on the level. Are the people behind these trades incredibly lucky, or do they have access to information that other people don’t have about, say, Trump’s or Beijing’s latest thinking on the trade war or any other of a number of ways that Trump is able to move the markets through his tweeting or slips of the tongue? Essentially, do they have inside information?

One longtime CME trader who has been watching with disgust says he’s never seen anything quite like these trades, not at least since al-Qaida cashed in before initiating the September 11 attacks. “There is definite hanky-panky going on, to the world’s financial markets’ detriment,” he says. “This is abysmal.”

Insider trading is notoriously difficult to prove. There's certainly no publicly available evidence linking these trades to either Trump or his associates.

But we do know that what's commonly referred to as Trump's "business" is in reality a sprawling network of cutouts and front-companies that would be ideal for keeping all manner of "hanky panky," as Vanity Fair put it, obscured from public view. In late 2016, The Wall Street Journal made that point using the example of a helicopter Trump owned in Scotland.

Across Mr Trump’s business, he uses a similar web of privately held LLCs and other entities to house his assets — everything from real estate to a vintage carousel in Manhattan’s Central Park, according to a Wall Street Journal analysis of hundreds of pages of his corporate filings and personal financial disclosures. Fifteen entities, for example, are used to hold his interests in two aircraft and three helicopters.

Roughly half — at least $US304 million — of the revenue Mr Trump reported in a federal ­financial disclosure form earlier this year came from assets held in 96 different LLCs, according to the Journal’s analysis.

We know that Trump was one of the sleaziest real estate developers in New York City, amassing thousands of lawsuits, stiffing contractors and generating dozens of business scandals. We know he has consistently had many mafia connections over the years.  That's the guy to whom 80,000 voters in three swing states turned over immense powers.

And we know that Trump began his presidency by creating a massive inaugural slush fund that has so far not been fully accounted for, and that since then, he (and Rudy Giuliani and his accomplices) has steered US foreign policy toward curbing efforts to rein in corruption in places like Ukraine and Romania while major Republican donors have cut fishy deals in those countries.

But at the end of the day, what we know is probably just the tip of the proverbial iceberg, and that may always be the case.