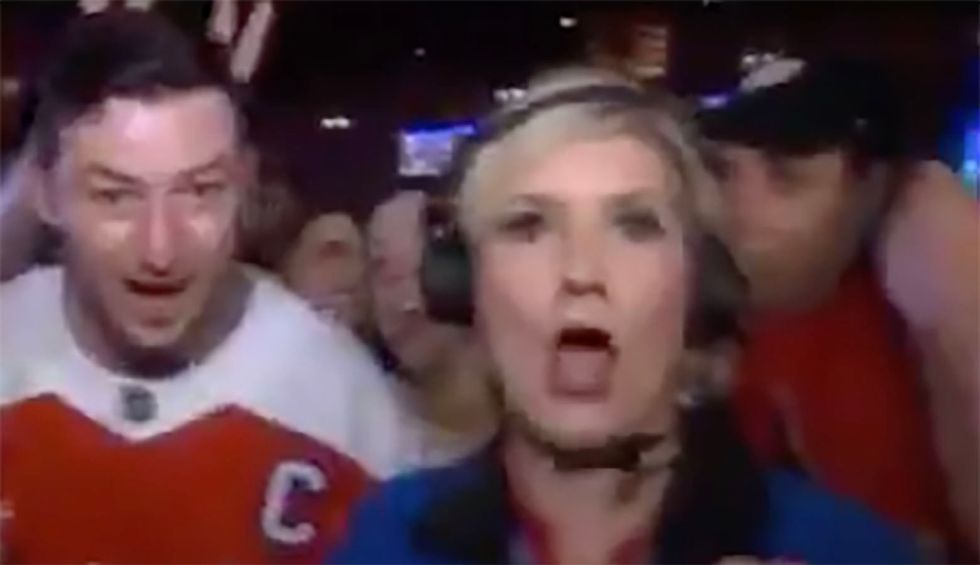 For Washington Nationals fans, October 30, 2019 will go down in history: the Washington, D.C. baseball team won the 2019 World Series. One of the many fans who was celebrating at the U.S. capitol saw the victory as welcome relief from the country’s political troubles, although he was cut off by a local reporter during a rant against President Donald Trump.

During an interview, the elated fan asserted, “This is huge for D.C.; D.C needed this — we’ve got some asshole in the fucking White House.” The reporter quickly cut him off, saying, “No, no, no.”

Andrew Beaujon, senior editor for the Washingtonian, posted the video on Twitter — and fellow Twitter users had a lot to say about it.

“D.C. needed this, we’ve got some asshole in the fucking White House”—a happy Nationals fan who did not get a chanc… https://t.co/FDrUBmjj7k
— Andrew Beaujon (@Andrew Beaujon)1572524291.0

@AtomicOvermind said of the anti-Trump baseball fan, “That dude is ALL of us,” while @mauikatherine asserted, “I have watched this over and over, and it brings me so much joy!” And @Kanela71 asserted that the fan was expressing “the TRUE SENTIMENT OF DC.”

@NewsCHill felt that although the fan was cut off, he still “got out the important bits.” And @jeromearmstrong said of the fan, “Fuck yea, speak it for me!”