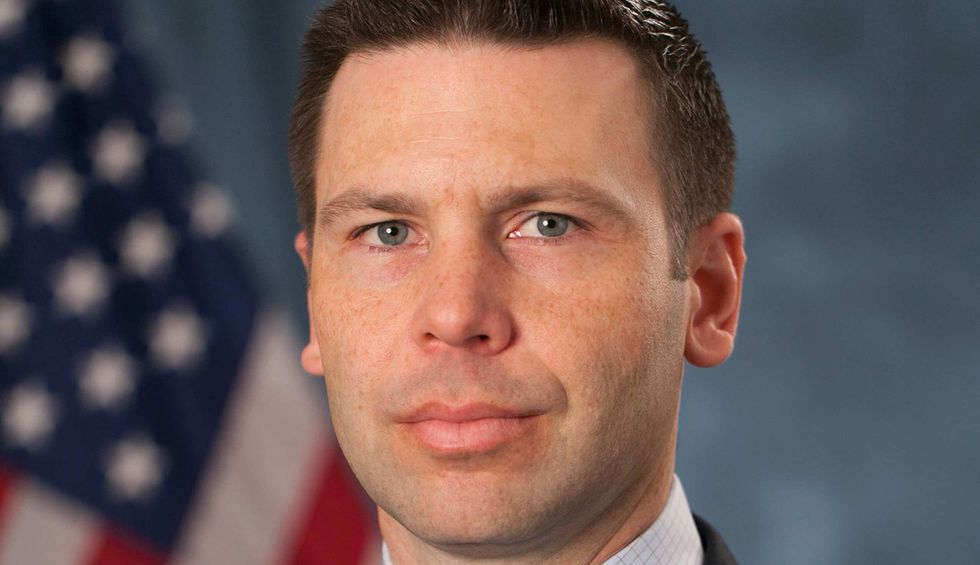 The Department of Homeland Security's acting secretary Kevin McAlneenan was shouted offstage Monday at Georgetown University by pro-immigrant demonstrators who said "Trump henchmen" shouldn't be "given a platform to spread hatred or defend the racist, xenophobic policies" of the administration.

"If we want to see his remarks, we can just look to his polices," Georgetown Law student Sabiya Ahamed told The New York Times. "They speak louder than his words."

McAleenan was scheduled to deliver a speech at an event at the school sponsored by Georgetown Law, the Migration Policy Institute, and the Catholic Legal Immigration Network, but some members of the audience were determined to not let him speak.

Almost immediately after Mr. McAleenan was introduced to give a speech hosted by the Migration Policy Institute, nearly a dozen advocates and law students in the crowd stood up holding signs saying, "Stand with immigrants" and "Hate is not normal." Standing at the lectern in front of the packed auditorium, Mr. McAleenan tried to start speaking but was drowned out by chants of: "When immigrants are under attack, what do we do? Stand up, fight back."

After about seven minutes—and several threats to leave if the protests did not cease—a visibly irritated McAleenan thanked the event hosts and walked offstage.

"Unfortunately the acting secretary and the audience did not get the opportunity to engage in a robust dialogue this morning due to the disruptions of a few activists," DHS said in a statement to Politico.

"No Trump henchmen should be given a platform to spread hatred or defend the racist, xenophobic policies put into place by Donald Trump and Stephen Miller," said Regalado. "Institutions that elevate the architects and enforcers of Trump's hate and normalize that cruelty can expect to hear from us."

In a Washington Post story from October 1, McAleenan was portrayed as frustrated with White House messaging on immigration.

He has not, at this point, resigned.