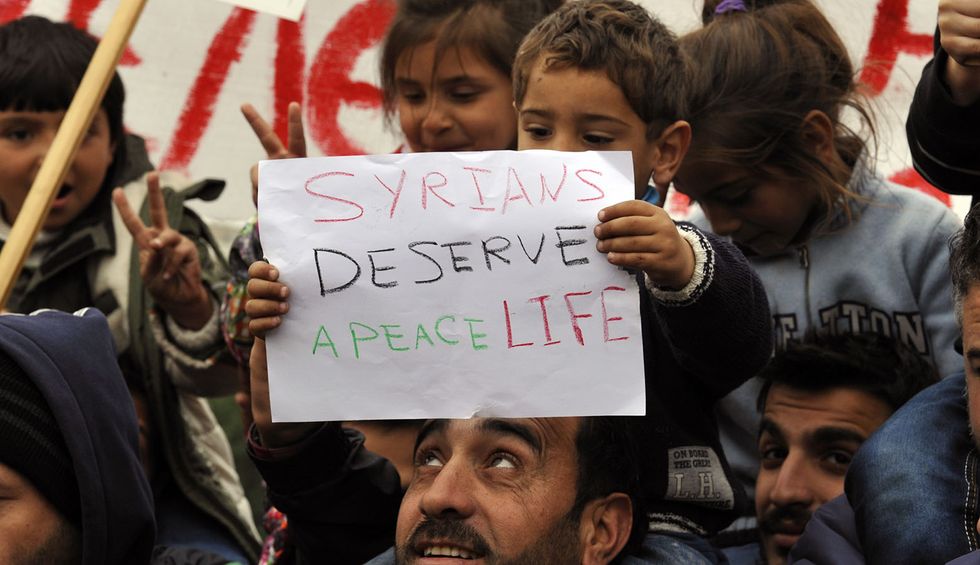 Diplomatic sources in DC spoke to Richard Engel of NBC news on the ethnic cleansing of Kurds in Syria and the ramifications for our country. It would be nice to see Richard on the MSNBC shows flush the story out, particularly on TRMS.

US officials tell me ALARM BELL RINGING among diplomats in DC that U.S. could one day be held responsible for Crime… https://t.co/w1iAvimGUn
— Richard Engel (@Richard Engel)1571480674.0

The world is livid at Trump’s genocidal shenanigans in the Middle East after it abandoned our brothers and sisters in Syria to fend for themselves against NATO’s second-largest standing army as well as ISIS fighters.

European capitals must be fuming that the occupant has encouraged escaped ISIS fighters to head to Europe.

BREAKING: PELOSI, Schiff, Engel and other Dems are in Jordan for an unannounced meeting on matters related to Turke… https://t.co/EXFgHP5PsQ
— Kyle Cheney (@Kyle Cheney)1571538169.0

This article from The New Humanitarian, published in July 2019, raises concerns for the safety of  Syrian refugees already in Turkey. It appears they will not be treated with kid gloves any more than the Kurds on whose homes they will occupy after the mass deportations of millions begins.

Turkey is deporting Syrians from Istanbul to Syria, including to the volatile northwest province of Idlib, according to people who have been the target of a campaign launched last week against migrants who lack residency papers.

The crackdown comes at a time of rising rhetoric and political pressure on the country’s 3.6 million registered Syrian refugees to return home. Estimates place hundreds of thousands of unregistered Syrians in Turkey, many living in urban areas such as Istanbul.

Refugee rights advocates say deportations to Syria violate customary international law, which prohibits forcing people to return to a country where they are still likely to face persecution or risk to their lives.

Arrests reportedly began as early as 13 July, with police officers conducting spot-checks in public spaces, factories, and metro stations around Istanbul and raiding apartments by 16 July. As word spread quickly in Istanbul’s Syrian community, many people shut themselves up at home rather than risk being caught outside.

Video evidence of chemical weapons used on Kurdish civilians can be seen here. Am I the only one that believes Trump and Erdogan had a quid pro quo?