'Unprecedented’: Trump's chief of staff Mulvaney was kept in the dark about operation that resulted in al-Baghdadi’s death 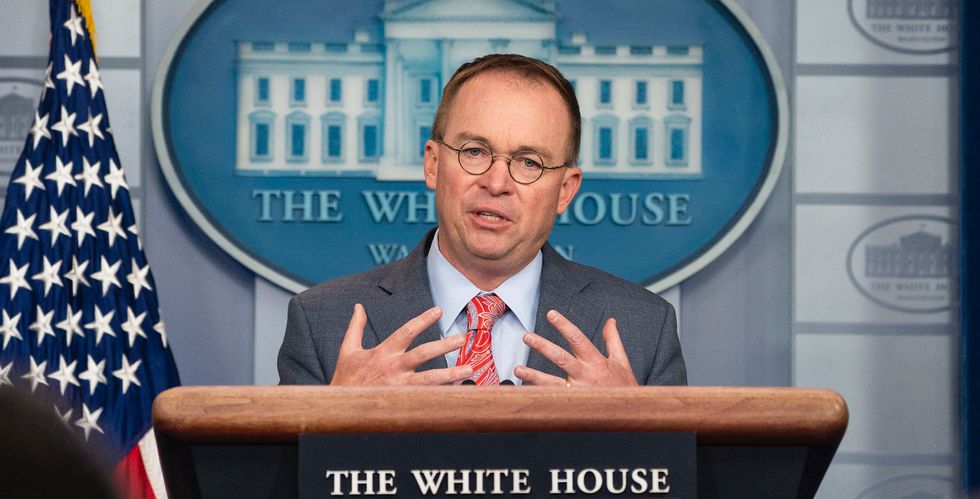 When a military raid against one of the world’s most dangerous terrorists is conducted, one would think that the White House chief of staff would know in advance. But according to a report by NBC News, Acting White House Chief of Staff Mick Mulvaney didn’t know about the operation that resulted in the death of ISIS leader Abu al-Baghdadi until it was already underway.

NBC News is reporting that according to five sources connected to the Trump Administration — including some current senior officials as well as former senior officials — Mulvaney did not find out about the raid until Saturday night, when he was briefed. On NBC News’ website, four journalists (Stephanie Ruhle, Carol E. Lee, Kristen Welker and Hallie Jackson) report, “The extraordinary move by Trump to leave his chief of staff out of the most significant U.S. military operation against the world’s most wanted terrorist since the killing of Osama bin Laden in 2011 marks a major blow to Mulvaney, suggesting that he’s increasingly sidelined inside the White House.”

A White House senior official, quoted anonymously, told NBC News that Mulvaney wasn’t kept in the loop because Trump doesn’t see him as playing a major role in national security matters. But NBC News notes that in contrast, Bill Daley (who served as chief of staff under President Barack Obama) sat at Obama’s side when, in 2011, White House officials were monitoring the military raid that resulted in al-Qaeda leader bin Laden’s death. Daley was well aware that the anti-bin Laden raid would be taking place, and Obama made a point of consulting him.

Andy Card, chief of staff under President George W. Bush, told NBC News he was “baffled” by Mulvaney not being told about the raid against al-Baghdadi and ISIS (Islamic State, Iraq and Syria) beforehand and said, “It’s hard for me to imagine.”

Chris Whipple, author of the book “The Gatekeepers: How the White House Chiefs of Staff Define Every Presidency,” was also stunned to hear about Trump not keeping Mulvaney in the loop about the al-Baghdadi operation. Whipple told NBC News, “It’s really unprecedented, and to me, it’s just a symptom of a total breakdown in the White House functions. Only in a completely dysfunctional White House would the White House chief of staff be out of the loop on something so significant.”

Mulvaney, who formerly served in the U.S. House of Representatives via South Carolina, was appointed acting White House chief of staff in December 2018 following the departure of former White House Chief of Staff John Kelly. But the Trump Administration has yet to find someone to permanently fill the position.