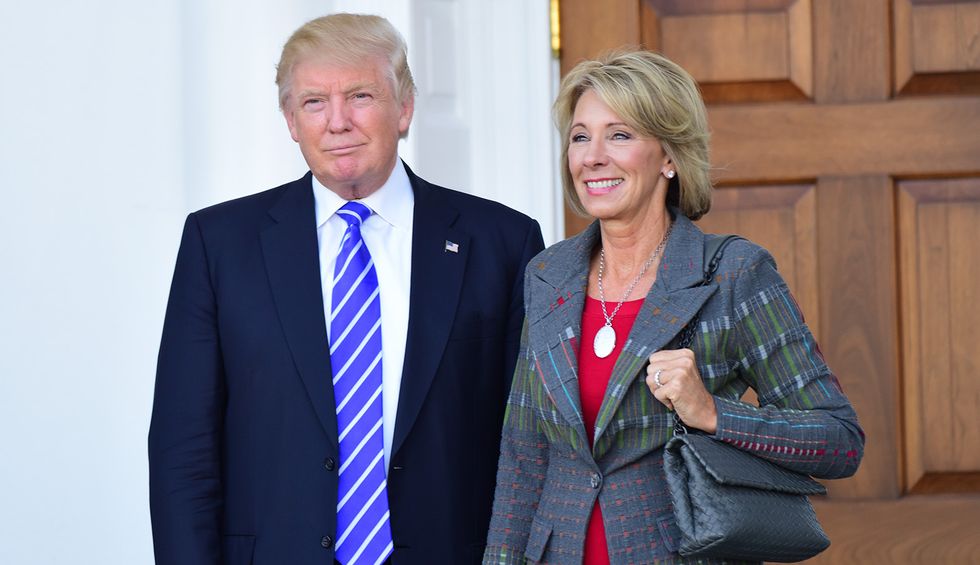 Guess who is taking funds out of the public trust and sticking it into shady private businesses? If you said, “A Trump official,” you guessed it! According to documents released by the House Education and Labor Committee, the Department of Education funneled $10.7 million in federal aid into for-profit colleges ineligible to receive such funds because they aren’t accredited institutions.

This really comes as no surprise, as Education Secretary Betsy DeVos has spent a considerable amount of her time and resources working to dismantle rules and regulations the Obama administration established against predatory school loans offered by unaccredited institutions.

In order to receive federal funds, a for-profit school must be accredited. The schools, specifically those run by Dream Center Education Holdings, owner of a series of art institutes and Argosy University—which include dozens of career schools across the country— lied to students about their status after losing accreditation in January 2018. The schools continued to advertise that they were accredited programs and enroll students, and DeVos and her Education Department worked to grant them temporary nonprofit status, allowing them to receive federal money. Temporary nonprofit status freed the schools from their legal obligations to tell students borrowing money that the degree they were borrowing for might be worthless in the marketplace.

In February of 2019, the federal government announced that it would withhold further federal aid from the Argosy schools. After they had taken federal money that they shouldn’t have been given in the first place, much of that money ended up not going to the students it was earmarked for. Dream Center closed its schools, creating havoc for their students.

At best, you can call this scam a result of incompetence on the part of our current administration; at worst, you can call it what it is: greed and corruption. To highlight how the Education Department’s grift works, while Dream Center received millions, students such as Illinois doctoral student Robert Armour—who left the Argosy University campus in Schaumburg to fight stage 4 colon cancer and watched the school close down—have had to fight for their legal rights to loan forgiveness.