Turkish president threatens US over Trump’s insulting letter: ‘When the time comes necessary steps will be taken’ 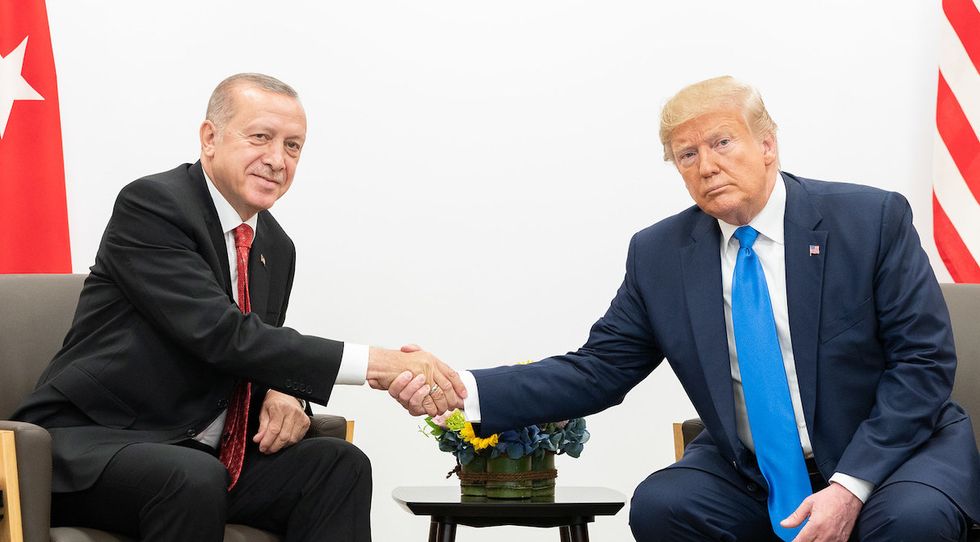 Turkish President Recep Tayyip Erdoğan on Friday warned the United States that it would pay a price for the letter send by President Donald Trump that warned him that history "will look upon you forever as the devil if good things don't happen" in northern Syria.

The letter, which also advised Erdoğan to not "be a tough guy" or "a fool," was widely ridiculed in the media for sounding childish. Erdoğan, however, said on Friday that he took the president's letter as a serious insult to his stature as a world leader.

As reported by the BBC's Jon Sopel, Erdoğan called out the president's letter for being out of line with standard diplomatic protocol, and he suggested his country would not forget how the president showed them such little respect.

"When the time comes necessary steps will be taken," the Turkish president said, according to Sopel.

On Thursday, Vice President Mike Pence and Secretary of State Mike Pompeo met with Erdoğan and announced that they were backing a purported "ceasefire" agreement in northern Syria that would allow Turkey to expel the Kurds living in the region. That agreement has already fallen apart, however, as fighting in northern Syria has started up again less than a day later.