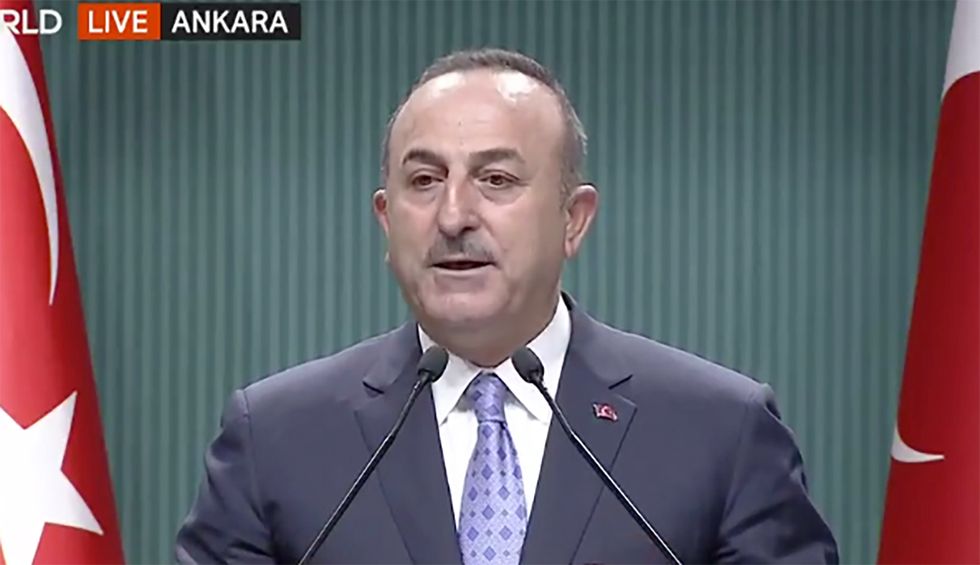 With President Donald Trump withdrawing U.S. troops from northeastern Syria and abandoning the United States’ Kurdish allies, Turkish forces are making an incursion into that area just as critics of the U.S. withdrawal predicted they would. A U.S. delegation including Vice President Mike Pence and Secretary of State Mike Pompeo on Thursday met for four hours with Turkish President Recep Tayyip Erdoğan on Thursday. At a press conference following the meeting Pence, claimed Turkey agreed to a “ceasefire” in northeastern Syria. But Turkish Foreign Minister Mevlut Cavusoglu in a separate press conference made it clear that a “ceasefire” isn’t what the Turkish government and Erdoğan have in mind.

"Pause in Turkey's operation in Syria is not a cease-fire, cease-fire can only happen between two legitimate sides"… https://t.co/Id5RUKLCeL
— TRT World (@TRT World)1571335871.0

Turkey’s military operation in northeastern Syria, Cavusoglu stressed, will go ahead as planned. And Turkey will be in control of that region.

Hey guess what? Turkey's defense minister disagrees with VP Pence about it being a ceasefire. Is that enough to a… https://t.co/j5RaNeyL5l
— southpaw (@southpaw)1571337133.0

The Turkish foreign minister went on to say, “The goal of the operation was the removal of terrorists from the safe zone, and this is why we’re pausing. And after all terror elements have fully left the zone, only then can we really stop the operation.”