Trump's scramble to pull back US troops may allow dozens of 'high value' ISIS prisoners to escape: report 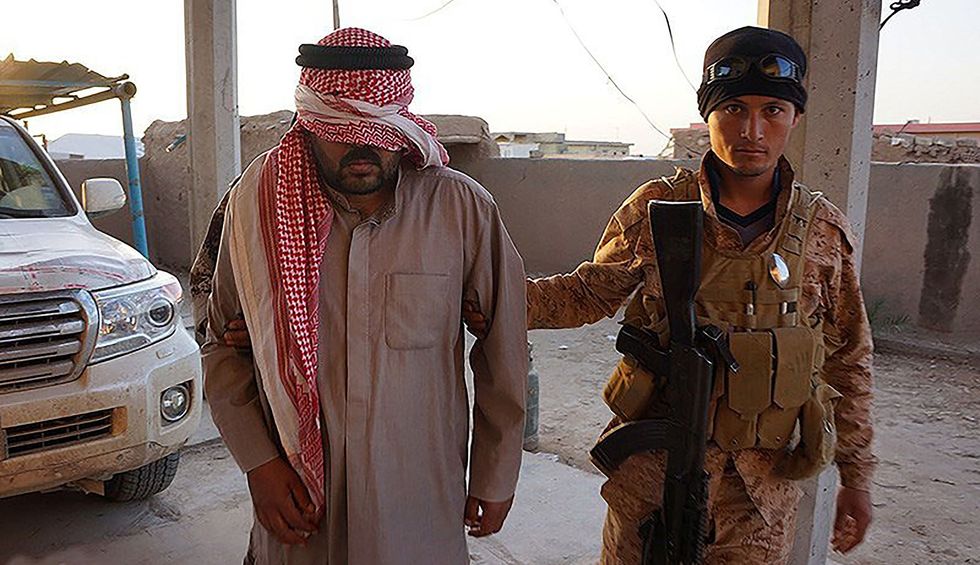 The Turkish invasion of northern Syria and subsequent Trump decision to cut and run from the area may now result in the escape of "about five dozen" previously captured high-value ISIS members. That's according to the New York Times, which reports that despite Donald Trump lying his ass off on the subject, only two of the most dangerous detainees were moved out of Syria before Trump ordered the U.S. military retreat. The rest are still in Kurdish-region prisons. Five prisoners have already escaped when Turkish forces bombed the prison in which they were held; others are expected to escape after fleeing Kurdish forces abandon other camps and prisons.

What response will Donald Trump have to this news? None. He will lie and he will bluster, but in the end he doesn't give a damn and whatever he got from Turkey in exchange for giving them tacit approval for their current military action will still be considered worth it.

Meanwhile, every Republican House and Senate national security hawk is expressing alarm at the unfolding catastrophe while saying not one damn thing about the crooked nincompoop who started it. The cowardice is staggering; imagine American officials attempting to convince U.S. allies, large or small, that the United States will not betray them when the top Republican officials in the nation, when such a betrayal does happen, are too fearful of tweet-retaliation to even use the name of the person who did it.

So who is responsible for future ISIS attacks, if military experts are right and this really does portend a resurgence of the most dangerous terrorist force in the region? Senators Bob Corker, Marco Rubio, and Lindsey Graham; House Republicans like Rep. Liz Cheney. They could have stopped this at any point, had the party saved a single stiff spine to share between them. They didn't, because they calculated what they got out of Trump's raging incoherence, a stream of conservative judges and gargantuan donor tax cuts, was worth absolutely everything else.