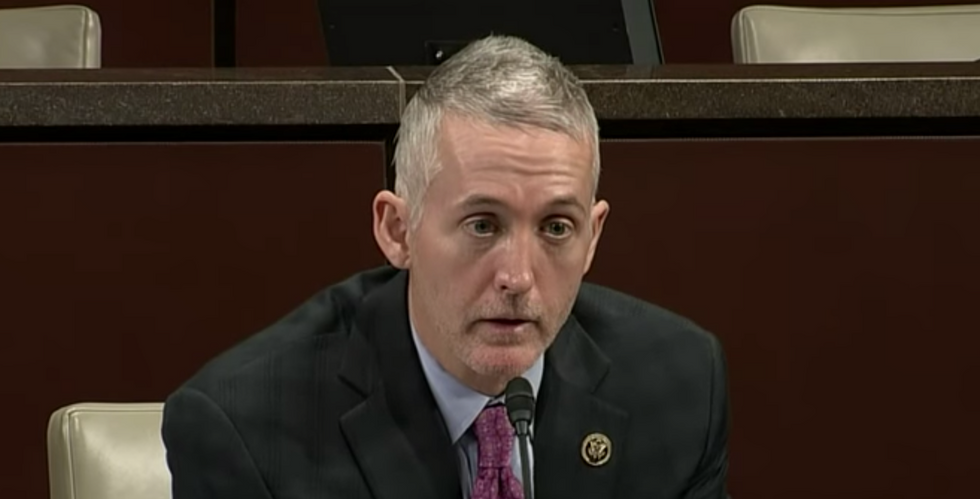 On Tuesday evening, Donald Trump sent a letter to the House informing them that he was not going to cooperate with the impeachment inquiry. In the process, Trump not only penciled himself in for a contempt of Congress charge, he appears to have destroyed his own best legal defense. By insisting on viewing every action of Congress as a something that he must counter, Trump is not only failing to outflank those he views strictly as political opponents, he’s painting himself into a corner that may isolate him from even his staunchest supporters.

A brief reminder: The articles of impeachment against Richard M. Nixon included five counts: obstruction of justice, abuse of power, contempt of Congress, misleading Congress, and tax fraud. While others might see those charges as guidelines on what to avoid, Trump appears to be treating this as a To-Do list. And on some of those items, he seems determined to add a double underline.

As Just Security notes, Trump faults the impeachment inquiry on two points: the full House has not passed a resolution specifically authorizing an impeachment inquiry, the inquiry does not afford the president “due process right.” Both of these are described as breaches of past practice—which is completely untrue. And no matter how much fog Republicans throw at the idea, the claim that the House has to vote on impeachment as a body also has no basis in fact; when it comes to how the House begins or carries out its inquiry, that’s entirely left up to the House which has the sole power to define inquiry rules. Finally, the idea that Trump is facing a “trial” in the House isn’t just wrong, it’s ridiculous. The trial is in the Senate, and every Republican screaming about this point knows it.

And as Politico reports, treating impeachment as a political dispute makes Trump feel comfortable, but at the cost of making it impossible to mount any real defense strategy. Trump wants to be “aggressive” and engage in “reckless public banter,” because that’s how he responds to anyone who challenges him. The result is that despite a legal team that exceeds 40 attorneys in the White House and a brace of personal lawyers on the side (starring Rudy Giuliani and Jay Sekulow) Trump is unwilling to actually work with the House on providing documents in a way that would stave off charges of contempt and obstruction.

Instead Trump is negotiating to bring in Trey Gowdy, apparently not because Gowdy would provide congressional expertise, but because he would be yet another talking head to put forward to press the push-back line Trump wants to walk.

Overnight, several outlets reported that Trump was “opening the door” to possible cooperation with the impeachment inquiry. However, what seems to be coming from the White House is a suggestion that Trump would play along if the House would only cooperate in turning the inquiry into the kind of farce that Trump already claims it to be. Trump wants to have his attorneys present to question witnesses, review documents, object to testimony, and in general conduct a “defense.”

That kind of action wouldn’t only result in a mock-trial being operated with none of the rules that define normal courtroom behavior, it would genuinely break with tradition. Going all the way back to Andrew Johnson, impeachment proceedings have included no such involvement from the executive branch. And in fact that first impeachment was carried out entirely by a committee set up for that purpose. Johnson was not represented.

Again, the House and the House alone determines the course of an impeachment, from inquiry to final vote. It also determines the charges. And Donald Trump, by determining that he would rather fight than negotiate, is determined to add charges to the list—charges that may be the easiest to prove, and maybe even to uphold in the Senate.