Trump's attempt to kill NSC adviser’s subpoena could blow up in the faces of multiple White House officials: CNN 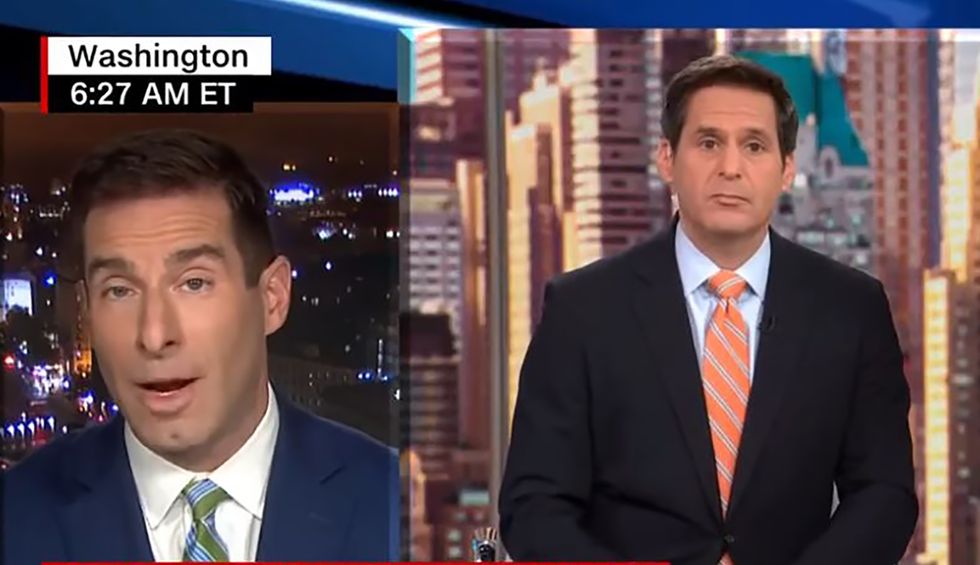 Appearing on CNN’s New Day, legal analyst Elie Honig was asked to explain the legal ramifications of National Security Adviser Charles Kupperman’s lawsuit seeking a ruling on whether he must comply with a congressional subpoena and what it would mean if he is ordered to do so.

Speaking with hosts Alisyn Camerota and John Berman, Honig stated that he didn’t see how White House officials could avoid the subpoenas.

“I think the judge will say yes, and the stakes are so high here, John,” the legal analyst told the CNN host. “Because as Kupperman goes, I think so too will go many of the other important witnesses at stake here, including [John] Bolton but potentially down the line, Mick Mulvaney, Mike Pompeo, Rick Perry, maybe even Rudy Giuliani.”

“Ultimately, if this judge said, as I think he should — look the whole point of a subpoena, is as Alisyn was saying — this is not an optional invite,” he continued. “The whole reason a subpoena is more than a piece of paper it’s that it is mandatory. And so, if a judge says, Kupperman, ‘you need to get in there and testify,’ I don’t see any way for Bolton and the others to dodge subpoenas either.”