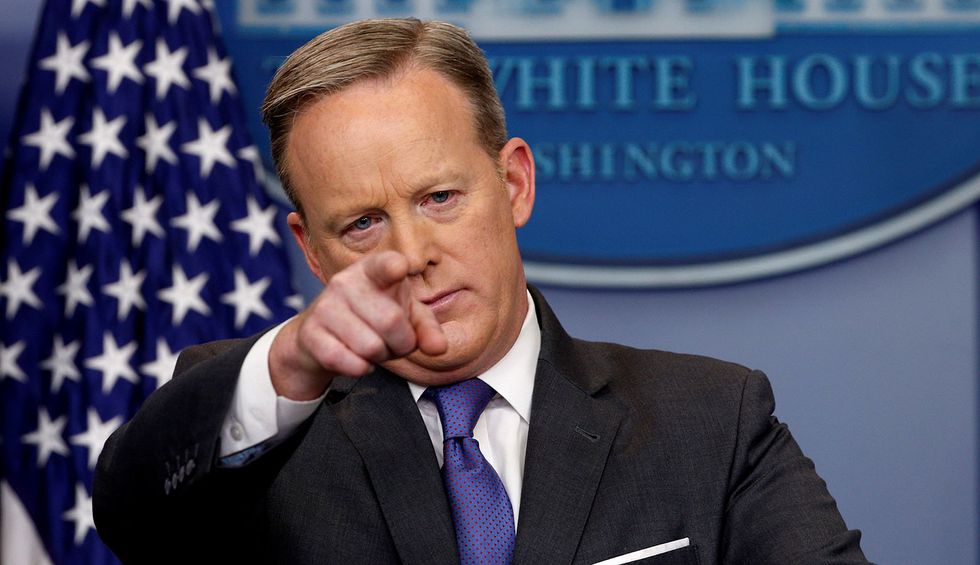 With the genocide of the United States’ longtime Kurdish allies well underway, and as the impeachment inquiry into his alleged quid pro quo offer to Ukraine chugging along, Donald Trump had a busy Monday morning, tweeting away in defense of his crimes (against both humanity and the law).

Naturally, with horrifying reports of bloodshed and destruction pouring out of Syria, Trump’s first concern was to pretend that he didn’t withhold military aid to Ukraine in exchange for dirt on a political rival. So he kicked off his day by quoting a right-wing “news” organization known for peddling lies and conspiracy theories, followed by another false attack on Rep. Adam Schiff, in which he again claimed that his own summary of the call between the president of Ukraine and himself didn’t line up exactly with the whistleblower complaint. And then, with a short aside that implied that former Sen. Harry Reid was an admirer, Trump took a few moments to dismiss our former Kurdish allies, to pooh-pooh the idea that escaping ISIS prisoners are a problem, to say sanctions are coming—because that will undo the damage—and to suggest that the only other option is to go to war with Turkey. Finally, with a quick nod to celebrating racism and a historic genocide, Trump rounded things off with a message sure to inspire all Americans: