Trump refuses to say that Rudy Giuliani is still his lawyer 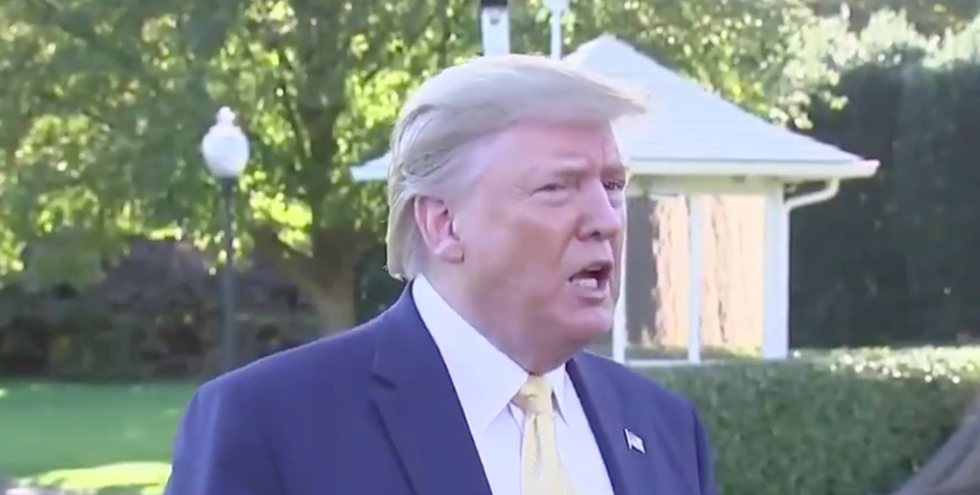 President Donald Trump wouldn't confirm that Rudy Giuliani is still his attorney on Friday afternoon, potentially prefiguring an effort to distance himself from the former New York mayor as he becomes encircled by a growing scandal.

"Is Rudy Giuliani still your personal attorney?" a reporter asked while Trump took questions from the press on Friday.

"Well, I don't know," Trump said. "I haven't spoken to Rudy. I spoke to him yesterday, briefly. Uh, he's a very good attorney, and he has been my attorney."

It was an odd response, suggesting Trump either doesn't know or is trying to avoid speaking about who is currently representing him legally. Giuliani has said that the president doesn't pay him for his representation, an odd fact about their relationship that hasn't received enough scrutiny.

Asked by reporter Olivia Nuzziafter Trump made the comments if he was still the president's lawyer, Guiliani said he was.

Giuliani's own legal position looks particularly perilous at the moment. On Thursday, two of his associates, Lev Parnas and Igor Fruman — he sometimes called them clients — were indicted for a criminal conspiracy to violate campaign finance laws. They were also reportedly deeply involved in the campaign to get Ukraine to investigate former Vice President Joe Biden, which has led to an impeachment inquiry into the president.

Asked on Thursday about his relationship to Parnas and Fruman, the president denied knowing them. He acknowledged that there are pictures of him with them, but he said he takes pictures with many people.

"I don't know about them, I don't know what they do," Trump said. "Maybe they were clients of Rudy. You'd have to ask Rudy. I just don't know."

However, the pair have also appeared in a picture with Donald Trump Jr. at a breakfast. They've been arrested for allegedly laundering Russian money into U.S. elections, and they allegedly gave hundreds of thousands to a group run by a friend of Trump Jr. The Wall Street Journal also reported that they "had dinner with [the president] at the White House in early May 2018, shortly before they donated to the pro-Trump super PAC."