Trump melts down at Cabinet meeting when questioned about ISIS: ‘It was me who captured them!’ 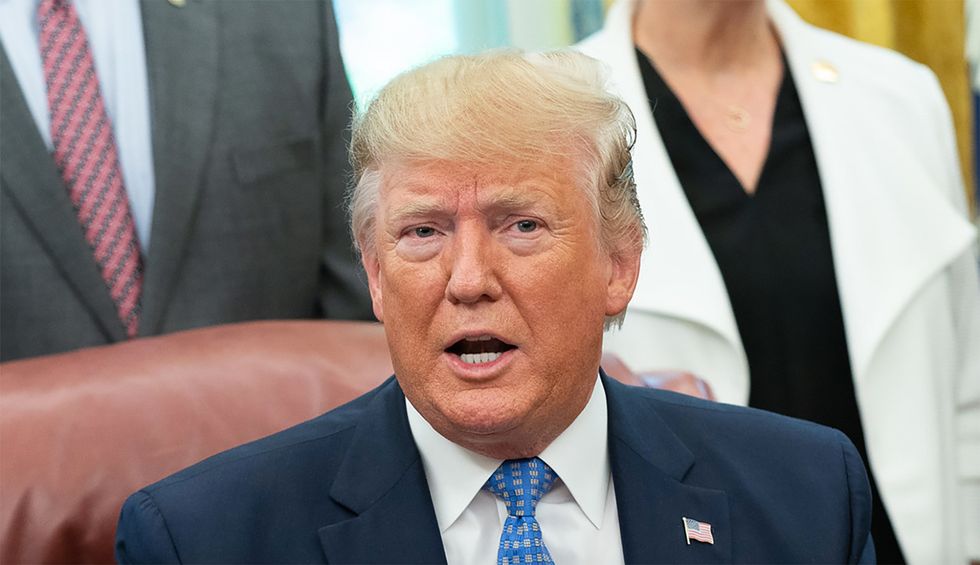 President Donald Trump reportedly excoriated members of the media on Monday after he was questioned about his decision to pull troops out of Kurdish areas of Syria.

“Plenty of Turks have been killed because of conflicts on their borders,” Trump said, according to a pool report. “ISIS was all over the place… it was me who captured them.”

Trump on Syria during his Cabinet meeting this AM, per pooler @chrisjohnson82 “Plenty of Turks have been killed bec… https://t.co/6mg8efHzrT
— Alayna Treene (@Alayna Treene)1571673626.0