Trump interrupted Pentagon briefing about America’s commitment to the world with bizarre rant about himself: report 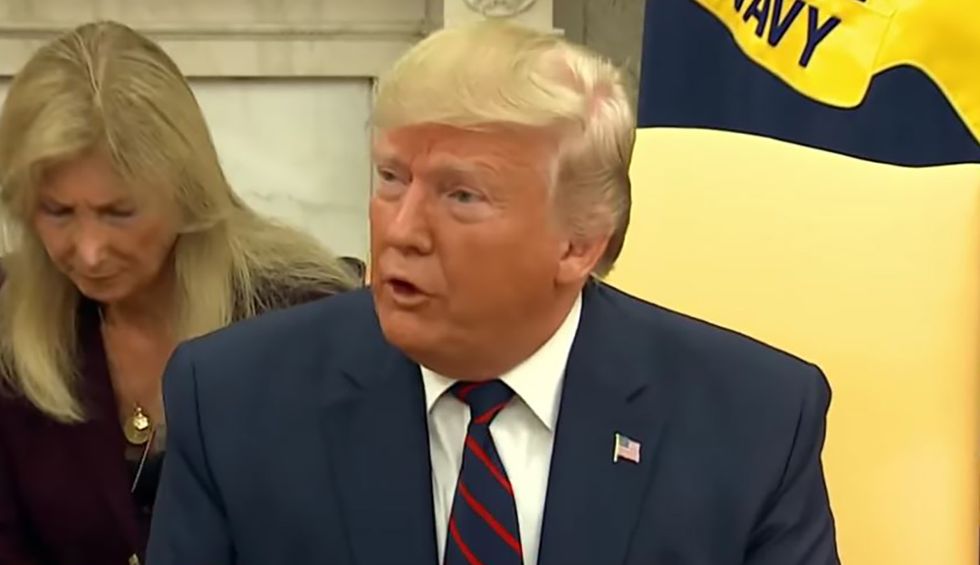 President Donald Trump interrupted his very first Pentagon briefing on America’s commitment to the world with a bizarre rant about himself.

Former Defense Secretary James Mattis had prepared meticulously for the July 20, 2017, meeting, and his former speechwriter Guy Snodgrass said the retired U.S. Marine Corps general appeared extremely nervous about briefing the new president for the first time, according to a new Politico feature.

“As the seconds ticked down, Mattis’ nervous energy had been palpable,” Snodgrass wrote in the article. “Unusually so. Normally stoic and deliberate with his movements, this morning he was electrified.”

“I understood why he was nervous,” Snodgrass added. “We all did. At any time, this briefing would be a big deal for the department, regardless of the president. But in Trump’s case, the briefing had a heightened importance.”

As it turned out, the president barely listened as Mattis explained the United States’ longstanding military and diplomatic presence in other countries.

“I just returned from France,” Trump interrupted, according to Snodgrass. “Did you see President Macron’s handshake?” he asked no one in particular. “He wouldn’t let go. He just kept holding on. I spent two hours at Bastille Day. Very impressive.”

Snodgrass recalled that Mattis and others in the room paused awkwardly, before the president continued ranting about himself.

“I want a ‘Victory Day,’” Trump said. “Just like Veterans Day. The Fourth of July is too hot. I want vehicles and tanks on Main Street. On Pennsylvania Avenue, from the Capitol to the White House. We need spirit! We should blow everybody away with this parade. The French had an amazing parade on Bastille Day with tanks and everything. Why can’t we do that?”