Trump gave Turkey a tacit green light to invade Syria. Is it just a coincidence this strengthens Putin's hand? 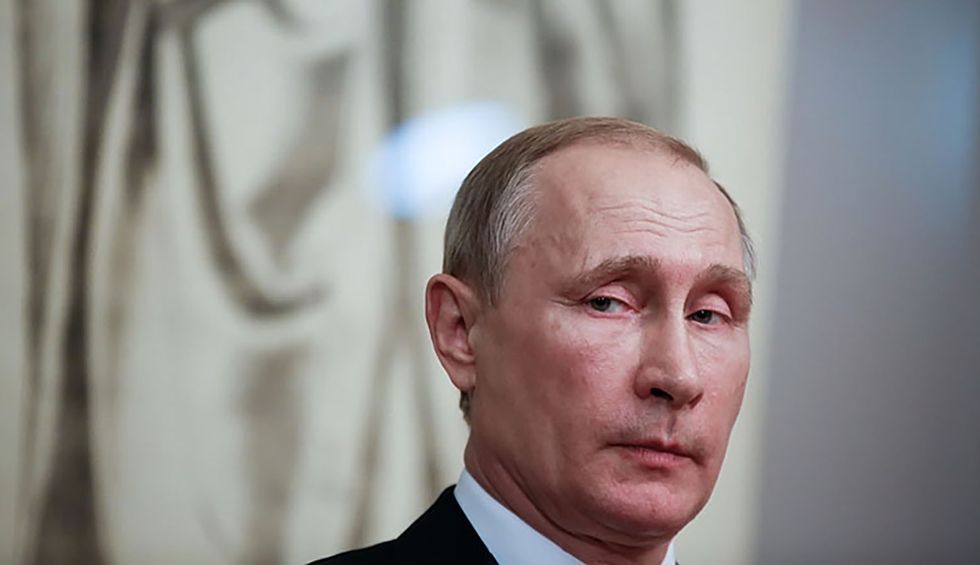 During the 2016 campaign, then-candidate Donald Trump had a few stock lines about the wars in the Middle East he repeated on the stump and during debates. For instance, when asked what he would do if the U.S. were attacked by al-Qaida or ISIS, he famously said: "I'd bomb the shit out of 'em and take the oil!" (He would explain that  he believed in the old-fashioned credo, "To the victors go the spoils.") He often pretended that he had been against the Iraq war from the beginning, although there's little evidence of that, and also made it clear that he had no use for Muslims, no matter where they came from.

Trump made many lurid, disgusting comments about torturing terrorists and their families, praising waterboarding "and worse." But one of the least noticed of these bloodthirsty remarks was his belief that the U.S. should have left Saddam Hussein alone because he knew how to deal with terrorists ruthlessly and he kept Iran in line with chemical weapons. At a speech back in 2011 Trump made this clear:

Iran, which has been fighting with Iraq forever. Years and years and they were about the same. You know, that's the way it evolved one would push 10 feet this way. Yeah, they throw some gas. They throw a bomb then they go back home.

So, it should come as no surprise that he would take the actions he took this past week in Syria. Giving autocratic Turkish President Reccep Tayip Erdogan the green light to invade northern Syria to drive out (or wipe out) the Kurds who fought ISIS to a standstill is in perfect keeping with Trump's worldview. If he viewed Iraq and Iran "fighting forever" as some kind of natural phenomenon among primitive people, he clearly believes thatTurks killing Kurds is the same thing. Trump said this to Fox News' Jeanine Pirro last Friday night;

What can you do with these people? They just fight like they go to lunch. They throw a little gas. They throw a bomb. They ethnically cleanse, they commit genocide, they torture, whatever. It's just how they are, amirite?

In that weird late-night statement announcing the U.S. pullout, issued by the White House after Trump got off the phone with Erdogan, it was clear enough that Trump was green-lighting Turkey's invasion of Syria:

Turkey will soon be moving forward with its long-planned operation into Northern Syria. The United States Armed Forces will not support or be involved in the operation, and United States forces, having defeated the ISIS territorial “Caliphate,” will no longer be in the immediate area.

Trump reiterated that declaration on Pirro's show, saying, "It's time for us to leave. We're going to leave."

He added, sort of as an afterthought, "And you know what, if the Kurds can find somebody else or if the Kurds move around ..."  before launching into an irrelevant discussion of Iraq and all the money the U.S. has spent in that region. Then Trump said, "But it's time for us go home. We want to defend our country. We also have to be very strong. We'll have a good relationship with Russia. We'll have a good relationship with China." After that he trailed off into trade talk.

The commander of the Kurdish-led Syrian Democratic Forces, Mazloum Abdi, said in a phone interview last Thursday, “If our allies do not stop this catastrophe to our people, the situation will become worse. I think an alliance with Assad could happen."

The Syrian government and the Kurdish-led Syrian Democratic Forces (SDF) have been holding negotiations with Russian participation, a Syrian Kurdish politician said on Sunday, expressing hope for a deal that would halt a Turkish attack.

I bring this up because there seems to be some emerging conventional wisdom that Trump was just going off half-cocked when he gave Erdogan the go-ahead. Rep. Liz Cheney, R-Wyo., even suggested that Trump did it because the Democrats have instigated an impeachment inquiry over his nefarious activity with Ukraine.

NBC's Richard Engel tweeted about this:

Seems Trump administration didn't like that the Kurds made a deal with Assad, and now pushing for a peace deal with… https://t.co/MmNu7uXU8K
— Richard Engel (@Richard Engel)1571092689.0

Of course it was predictable. As I pointed out above, Trump almost certainly knew that the Kurds would make a deal with Assad and by extension Russia — and that was part of his reasoning for letting it happen. The question is, why?

Yes, Trump thinks the Turks and the Kurds have some absurd tribal beef that isn't worth worrying about. But he also knew that Russian involvement was something President Vladimir Putin dearly wanted. His new role as mediator and power broker in the Middle East radically expands his global influence.

Sure that can be interpreted as more of Trump's cavalier attitude toward "shithole" countries who fight each other as if they were having lunch. Maybe that's all there is to it. But he certainly seems to have been unusually attentive to Russian interests in Syria. After Assad's chemical gas attack in 2017, Trump met with Putin at the G20 in Hamburg (where he had the translator tear up the notes), where they announced a temporary ceasefire and held a jolly press conference to announce how beautifully they worked together. At the recent G7 meeting in France he repeatedly hectored the other leaders to allow Putin back into the group, citing Syria as a primary reason for him to be there. And let's not forget that notorious Helsinki summit:

There was this as well:

Just re-reading the IC assessment of Russian interference in the 2016 election for no reason.… https://t.co/juXqXmpE9y
— Matthew Miller (@Matthew Miller)1571009312.0

The consensus is that Trump "impulsively" told Erdogan to go ahead and invade Syria and said the U.S. would not object. (Since Turkey has 50 American nuclear bomb sites on its territory, Erdogan probably figured Trump wouldn't say such a thing if he didn't mean it.) It's also possible that Trump wanted to keep Turkey happy since he has two Trump Towers in Istanbul and several other active business ventures that require Erdogan's cooperation. But it's impossible to ignore the fact that while every single Trump foreign policy bungle can be attributed to his ignorance, narcissism or corruption, for some reason they always seem to accrue to the benefit of Vladimir Putin.