Trump campaign threatens to sue Minneapolis Target Center for asking them to pay $530,000 in rally-related expenses up front 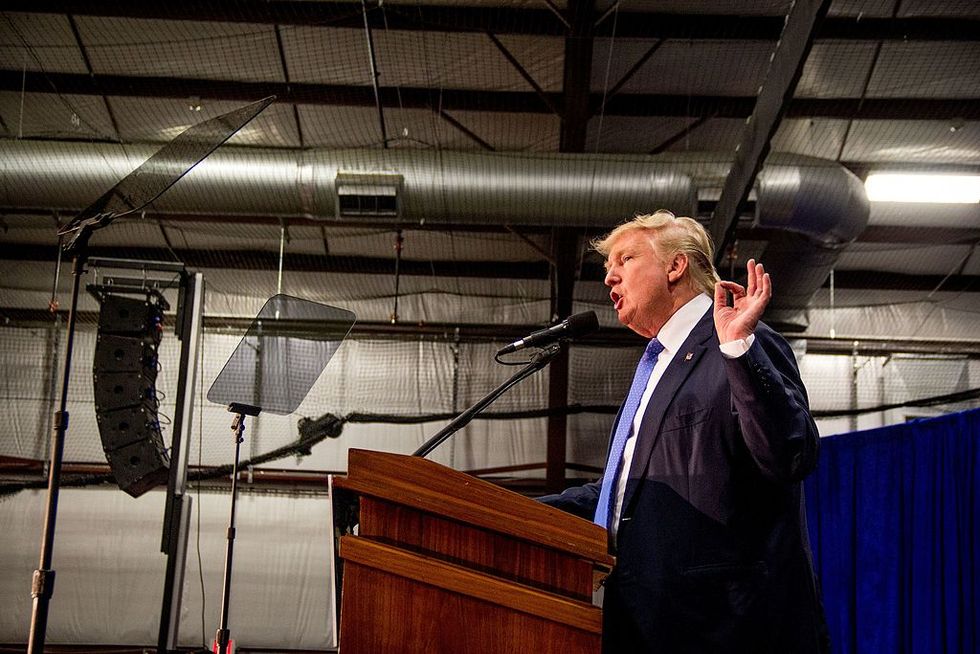 Minnesota, which went to Democratic presidential nominee Hillary Clinton in 2016, is among the midwestern states that President Donald Trump’s reelection campaign would love to flip in 2020 — and a Trump rally was scheduled for this Thursday, October 10 at the Target Center in Minneapolis. But Trump’s reelection campaign, according to Minneapolis’ KTTC-TV, is threatening to sue the Target Center for asking the campaign to pay for expenses associated with the event up front.

KTTC reports that in a letter sent to the Target Center on Monday, the 2020 Trump campaign alleges that it was asked to pay $530,000 up front to cover security and other expenses and would withhold use of the facility if it didn’t receive that payment. And in the letter, according to KTTC, Trump’s campaign describes the bill as “an outrageous abuse of power by a liberal mayor trying to deny the rights of his own city’s residents just because he hates the president” and notes that the U.S. Secret Service handles security-related costs of such events.

Located in Downtown Minneapolis, the Target Center is an arena that is often used for sporting events as well as concerts.