Trump breaks fundraising record — but the FEC's not watching 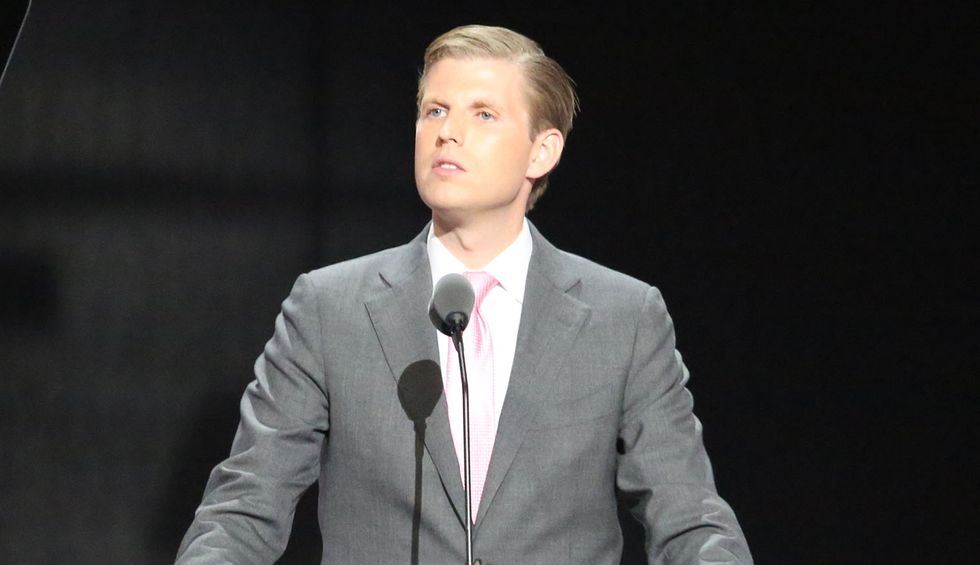 When Donald Trump first announced his presidential run in 2015, he said he didn't need donations because he was a billionaire. But of course billionaires never spend their own money, and apparently neither does Trump. This go-round, Trump has already smashed presidential fundraising records.

Trump’s re-election campaign and the Republican National Committee (RNC) raised $125 million in the third quarter of the year, which ran from the beginning of July to the end of August. For reference, that is nearly double what Barack Obama had raised at the same point in his 2012 re-election bid. Obama and the Democratic National Committee reported raising just over $70 million in the third quarter of 2011.

Trump’s campaign director Brad Parscale claimed the campaign had raised $308 million in 2019 to date, and had $156 million in cash on hand — twice as much as the Obama campaign had on hand at this point in 2011. The RNC previously reported pulling in more than $210 million since the start of 2019, according to Federal Election Commission records, after raising $105 million in the second quarter.

It's not clear just yet how much of that money came from small, individual donors versus dark money entities like super PACs. According to a Sept. 21 analysis from Open Secrets, $28 million came from individuals donating less than $200 apiece, while $78 million came from "other sources.”  Pro-Trump PACs have raised more than $308 million in total in 2019.

While dark money and big donors (likely driven by corporate executives delighted with the Republican tax cuts) have outpaced Trump’s small-dollar haul, we can expect the pace of small-donor contributions to increase. In the third quarter, Republicans launched WinRed, a small-donor online apparatus designed to compete with the Democrats’ fundraising behemoth ActBlue, which has given Democrats a massive small-donor money advantage ahead of the 2020 election. ActBlue raised $246 million in the second fundraising quarter of this year. WinRed was launched with the help of White House senior adviser Jared Kushner, and reports it has raised more than $30 million on over 639,000 donations in three months.

The amount raised is even more staggering — not to mention disheartening, from a liberal or progressive standpoint — given the political context surrounding these donations. At the top of the third quarter Trump was engaged in an ugly bullying campaign against four Democratic lawmakers of color, oversaw an expensive and gaudy military-like parade in the nation’s capital, and then watched special counsel Robert Mueller outline the findings from his investigation into Russian meddling in the 2016 election and Trump’s effort to obstruct the investigation. By the time the quarter came to an end, he was already waist-deep in the Ukraine scandal. So there can be little doubt that donations to Trump’s campaign were essentially contributions to his legal defense fund — and his supporters are eagerly opening their wallets.

Ever the savvy salesman, Trump hasn’t let a good crisis go to waste, and is evidently using the Democrats’ impeachment push to his advantage.

Eric Trump, the president's son, boasted on Twitter that the campaign raised $8.5 million in the 48 hours after House Speaker Nancy Pelosi announced the launch of a formal impeachment inquiry last week. The RNC also said its online fundraising soared by 608% on the day Pelosi announced the inquiry. WinRed has said its platform raised $13.7 million from 276,000 individual contributors since the impeachment inquiry announcement last week.

A lot of that money will go to fight court battles on issues like Trump's tax returns, the emoluments clause and impeachment. In the past, Trump's campaign and the RNC have paid for things far more extraneous than that, including more than $600,000 in legal fees to the law firm that represents former White House aide Hope Hicks.

Trump's campaign has reportedly already spent $1.1 million in just one week following Pelosi's impeachment announcement, after spending a bit over $640,000 throughout the first three weeks of September.

All that money is not likely to win over new Trump voters for 2020 — but that really isn’t the point. For Trump, perhaps more than any other recent incumbent candidate, just having supporters isn’t enough. His supporters have to be enthusiastic enough to go out and vote, in the face of mounting evidence of corruption. That’s why it is paramount that Twitter remains his safe space, Fox News continues to feed him and his voters convoluted conspiracy theories, and that his campaign's overflowing coffers flood the Facebook feeds of every family in America with messages of panic, fear and paranoia.

There's another problem with Trump's massive war chest: There is virtually no existing oversight on how that money is raised or spent.

Conveniently, Trump has refused to appoint anyone to the three vacant positions on the Federal Election Commission. So just as Trump and the RNC — where recent finance chairs or deputy finance chairs include Steve Wynn, Elliott Broidy and Michael Cohen, all of whom left embroiled in serious scandal — rake in historic amounts of cash, the body tasked with oversight doesn’t have the necessary quorum to perform its duties. Recently, state officials in Montana are left having to warn residents that misleading mailings that looked like federal census forms were actually solicitations for money from the RNC and Trump’s campaign.

And even with all that cash, Trump is still stiffing numerous cities that have offered police protection for his rallies in the expectation they'd be paid back. His campaign owes El Paso, Texas, more than $470,000 for a rally last February. Old habits, it seems, die hard.