'Tip of the iceberg': Prosecutors allege vast criminal conspiracy by Giuliani associates to funnel foreign cash to Trump and GOP 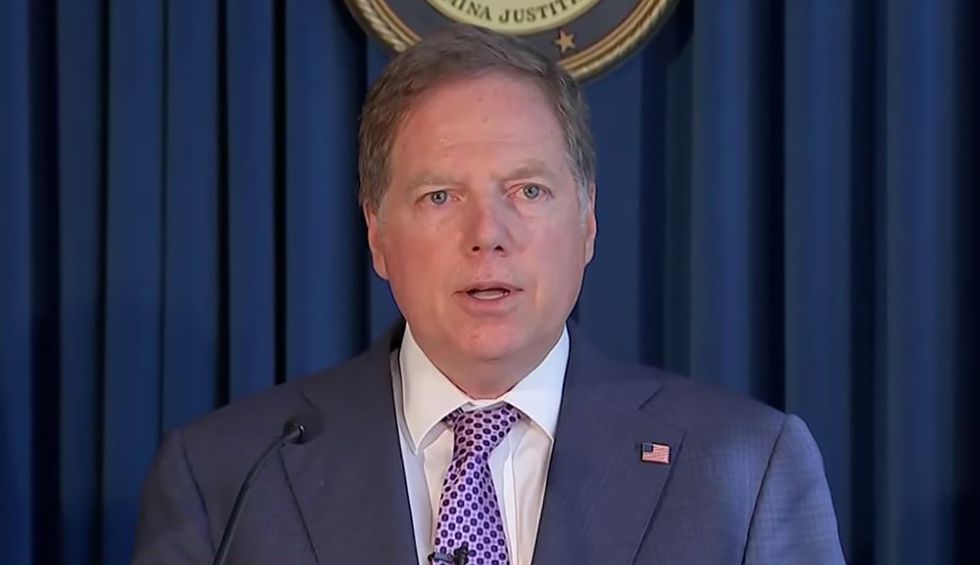 Federal prosecutors on Thursday charged two associates of President Donald Trump's personal attorney Rudy Giuliani with a sprawling scheme to oust the former U.S. Ambassador to Ukraine by funneling foreign money into the campaign coffers of Trump and an unnamed congressman believed to be former Republican Rep. Pete Sessions.

"These allegations are not about some technicality, a civil violation, or some error on a form. This investigation is about corrupt behavior, deliberate lawbreaking," William Sweeney, assistant director in charge at the FBI's New York field office, said Thursday during a press conference detailing campaign finance charges against Lev Parnas and Igor Fruman.

The two men were arrested Wednesday evening at Dulles International Airport in Washington, D.C. as they were waiting to board a one-way flight to Frankfurt, Germany.

Parnas and Fruman, both witnesses in House Democrats' impeachment inquiry into Trump, had lunch with Giuliani at the Trump International Hotel in Washington hours before they were arrested Wednesday, according to the Wall Street Journal.

CNN reported that "prosecutors were not intending to unseal the indictment against the Giuliani associates" on Thursday, but "their hand was forced by an attempt by Fruman and Parnas to leave the country."

Geoffrey Berman, U.S. Attorney for the Southern District of New York, said during Thursday's press conference that Fruman and Parnas "broke the law to gain political influence while avoiding disclosure of who was actually making the donations and where the money was coming from."

"They sought political influence not only to advance their own financial interests," said Berman, "but to advance the political interests of at least one foreign official, a Ukrainian government official who sought the dismissal of the U.S. Ambassador to Ukraine [Marie Louise Yovanovitch]."

The 21-page indictment (pdf) unsealed Thursday alleges that Parnas and Fruman "met with Congressman-1 and sought Congressman-1's assistance in causing the U.S. government to remove or recall the then-U.S. Ambassador to Ukraine."

HuffPost reported that "Congressman-1 is former Rep. Pete Sessions (R-Texas), who sent a letter to Secretary of State Mike Pompeo asking for Marie Yovanovitch to be removed as U.S. ambassador to Ukraine" following his meeting with Parnas and Fruman in May of 2018.

That same month, the two men also made a $325,000 donation to a pro-Trump super PAC through Global Energy Producers LLC, which prosecutors said is a shell corporation that claimed to be involved in the liquified natural gas industry.

Trump personally ordered Yovanovitch removed from her post in May of 2019, according to the Wall Street Journal, following complaints from Giuliani and others that she was undermining the U.S. president and "obstructing efforts to persuade Kyiv to investigate former Vice President Joe Biden."

Harry Litman, a former U.S. attorney and current Washington Post columnist, tweeted that "to a prosecutor's eye, this really looks increasingly like one big scheme, overseen by Trump and Giuliani, to obtain illegal assistance from Ukraine in the 2020 election."

To a prosecutor's eye, this really looks increasingly like one big scheme, overseen by Trump and Giuliani, to obtai… https://t.co/hlhJsCCSMl
— Harry Litman (@Harry Litman) 1570726246.0

House Democrats subpoenaed Parnas and Fruman on Thursday as part of the impeachment inquiry into Trump.

Former Trump attorney John Dowd, who is now representing Parnas and Fruman, signaled in a letter to House investigators last week that his clients will not cooperate with Democrats' probe.

Paul S. Ryan, vice president for policy and litigation at watchdog group Common Cause, said in a statement that the charges against Parnas and Fruman "paint a troubling picture of the free flow of foreign money into our elections due to insufficient safeguards and lax enforcement."

"Today's indictments, though, likely represent only the tip of the iceberg in terms of foreign meddling in general but also by Parnas and Fruman," said Ryan. "Both men were also heavily involved in the efforts by the White House and President Trump's personal attorney Rudy Giuliani to pressure the Ukrainian government to investigate unsubstantiated allegations against Trump's political rival Joe Biden."