'This was an execution': New video shows California police officer shooting unarmed 16-year-old in back of head 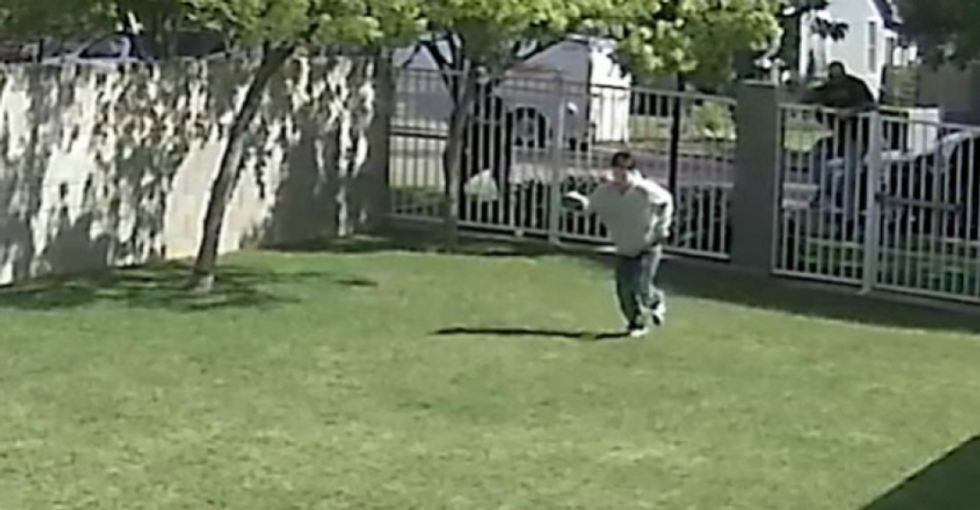 [Warning... Graphic footage contained in or linked to in this article... Some people may find disturbing.]

Shining new light on a 2017 police shooting that an internal investigation deemed "justified" and "within department policy," horrific video released this week showed that a Fresno, California officer shot unarmed 16-year-old Isiah Murrietta-Golding in the back of the head as he attempted to flee.

"They just saw him as an animal who had been shot. They hunted a target. It's inhumane."

The video was released by attorney Stuart Chandler, who is representing the teenager's father in a lawsuit against the Fresno Police Department.

"The city was so adamant that the officer 'feared for his life,'" Chandler told The Guardian on Thursday. "Why were they hiding the video? If a picture speaks a thousand words, then the video speaks a million words."

Chandler also condemned the decision by one of the officers to handcuff Murrietta-Golding after his partner, Sgt. Ray Villalvazo, shot the unarmed teenager, who died in a hospital three days later.

"He's unconscious and in the process of dying. What is the threat?" said Chandler. "They just saw him as an animal who had been shot. They hunted a target. It's inhumane."

As The Guardian reported Thursday:

Surveillance footage of the 14 April 2017 killing of Isiah Murrietta-Golding... has spread across the U.S., with critics calling it another example of extreme police brutality and unjustified lethal force that would have received little attention if lawyers hadn't published the video.

The footage shows the teenager running from officers, jumping a fence, falling to the ground and continuing to flee. Murrietta-Golding was an estimated 35 feet away from the officers when one of them fired a single bullet into his head. The officer then hopped the fence, approached the boy's limp body and handcuffed his hands behind his back.

The video of the police shooting sparked outrage on social media.

"Well this is just stone cold murder," said another critic.

Julián Castro, a 2020 Democratic presidential candidate, reacted to the footage on Twitter with a call to completely overhaul policing in the United States.

"We have to reform our policing system to end the 'shoot first, ask questions later' mentality that ends far too many black and brown lives," said Castro. "The fact that these officers weren't held accountable is shameful—and more evidence that the system is broken."